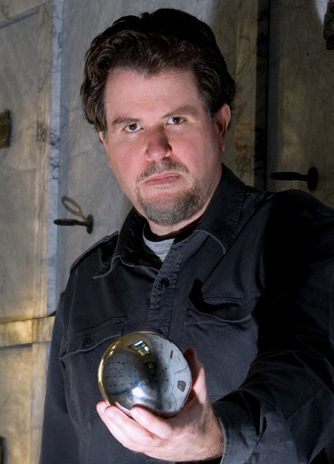 On Monday, February 3rd, I was able to have a short interview with Don Coscarelli.  I had planned to record the interview, but there were a few problems with the conferencing system.  Needless to say, time was very limited, so, I scribbled as fast as I could and tried to be accurate.  I must say I am still pretty excited about it while I write this.  Anyway, sorry I couldn't provide a recording.

DC: That is an interesting question.  I guess I had a natural gravitation towards it.  It was biologically implanted in me.

DC: Sort of.  They used to take me to movies, for sure.  But, they tried to actively dissuade me from science-fiction and horror.  On Saturday nights, if they went out, they would definitely tell the baby-sitter to not let me watch the Saturday night horror movie.  But, she was pretty great at just talking to her boy-friend on the phone and letting me do whatever I wanted.  My parents were super helpful in making movies.  They had an 8mm camera that they would let me use. I would get together with the neighbor kids and at first we started with simple projects and then we moved on to make backyard epics.

ASV: At All-Star Video we are devoting the whole month to your movies, so I just rewatched Kenny & Company.  Both Kenny & Company and Phantasm have such a sweet patience with characters.  Were these based on people in your own childhood?

DC: Absolutely. They were pretty much right out of my childhood. I also took some stories from kids that I knew. But, it was really just true life.

DC: That was pretty much exactly how it happened. I took a recent memory and just put it in.

DC: Yep. That's what I was trying to do. The pacing wasn't so demanding back then either. I was thinking about all the movies that I loved and just trying to emulate them. There was a real sense of trying to create a slice of life. It was a different period for kids. They weren't consumed by online content all the time. It was a more relaxed pace. I took a ton of my early memories and then tried to emulate great films. I was looking at The Last Picture Show and french films like 400 Blows. The real question now is, does the audience have the patience it did back then to watch something like that. If I wanted to make a movie like that, would I be willing to take a chance? I mean, that's why John Dies at the End is edited the way it is.

ASV: But, I wouldn't say it's poorly edited. It doesn't look like MTV or something.

DC: No, but the pacing is very quick.

ASV: With Phantasm, you started to create your own style. It’s not exactly horror or science-fiction, but “Coscarelli-esque.” How have you cultivated that style? How would you describe it?

DC: You know, it's hard for me to answer that. I think that's what critics are for. I would say that the movies I have been making lately have been an attempt to embrace the unexpected. I try to make them different, surprising. I don't want to talk badly about other filmmakers, but so many movies now are completely predictable. We've all seen so many movies, that you know what's going to happen next. Sometimes you even know what they are going to say, and then they say it. I want to try and make something different.

ASV: So many of your films are extremely ambitious, both in scope and idea. How do you find funding while keeping creative control?


DC:  Truthfully, I don't know.  The business is changing so rapidly.  When I started shooting this movie, I expected it to be projected in 35mm in theaters.  Instead we worked out this deal with Magnolia, having it put on Video on Demand for a short time and then a very limited theatrical run.  It's always been hard to make films independently, but now I look back and think it used to be so easy.  Before the DVD market started to go down, we could make a movie with Bruce Campbell and get it put on DVD.  With the Video On Demand stuff, there are benefits and downsides.  The benefits are that it's instantaneous and that lots of people get to see it.  The downside is that it is so easily pirated.  There are all kinds of people from around the world that are sending me messages saying they loved the movie, but I know they didn't buy it.  I really don't know how independent movies are going to survive.  I don't know what to tell young filmmakers.  It's hard out there.  I wish I could be more positive.

ASV:  With that in mind, how did digital filmmaking change how you approached John Dies at the End?

DC:  It really didn't change that much.  It's not that much cheaper.  The one thing that I liked is that you are able to take longer takes.  You can go a long time without cutting.  You don't have to capture some effects directly, you can do stuff after.  The major difference I notice is that film looked better.  But, I'm a realist.  I understand that no one will be shooting on film in ten years.

ASV:  For our site, we always share a recipe or particular food that we believe goes great with watching that particular film.  What do you think would be the ideal meal to eat while watching John Dies at the End?

DC:  That's great.  I actually already have a recipe for Soy Sauce Cupcakes up on the website for John Dies at the End.  So, check out the website, www.johndies.com and get that recipe.

ASV:  Thanks Don, I really appreciate it.

DC:  Thanks for the kind words.