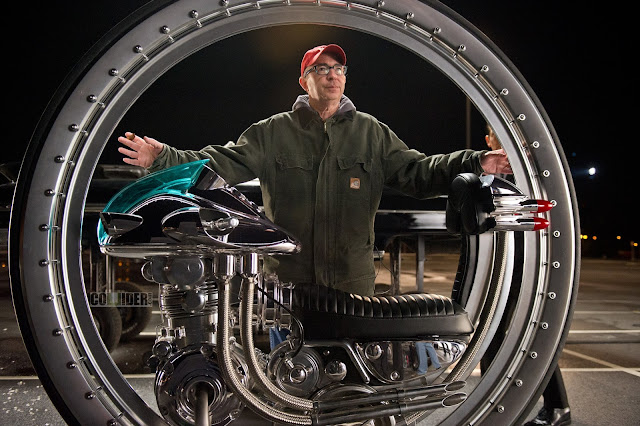 ALL-STAR VIDEO comes to the Trylon

So, obviously we've been pretty quiet lately.  What with kids, new jobs, moving, new dogs, etc., Matt and I have been separated a bit from this little thing we love.  But, there is good news coming.

The Trylon microcinema has offered us a late night spot to follow Trash Film Debauchery on the third Wednesday of every month.  We've taken a few friends (Pat Vehling, Malcolm Mohr and Andrew Madetzke have been putting an enormous amount of work on this) helping to program and promote the series. If we can continue to have a loyal following we'll gain ourselves a permanent spot in the late-night spot after TFD.

I also want to say that bigger stuff is down the pipeline (though I won't announce that here and now.)

If you've been following us at all and know the types of films we love, I don't think you'll be surprised that we're starting with a concise history of shot-on-video favorites.

I also want to add that a ticket to this series gets you the ability to become a member of the new and improved All-Star Video Library.  The new library titles will be available March 16.

Here are the details:

Coming soon to The Trylon microcinema
All-Star Video celebrates the mad world of shot-on-video movies! In the heyday of the video store, amateur filmmakers brought their crazy stories to your VHS player using home-video cameras, tiny budgets, and boundless enthusiasm. We’ve combed through hundreds of titles to bring you some of the wildest works ever committed to magnetic tape. Want to know what we’re showing? You’ll need to show up to find out! Third Wednesdays following TFD at the Trylon.

Thanks for being on this crazy journey with us. Hope to see you March 16.
Posted by All-Star Video at 1:02 PM No comments:

AN INTRODUCTION TO EL SANTO

Perhaps there is something about the Santo films that truly captures what I love about genre films and pro-wrestling.  Or, maybe its that the Mexican filmmakers who worked on the series know how to perfectly combine the wrestling picture, super hero film and horror / westerns.

The luchador is an image that does not translate well to American sensibilities.  We consider men in masks to be goofy.  Watching Santo drive his convertible, ride a horse or look over documents in his mask and a full business suit is just simply hilarious.  However, in Mexico, the luchador is a serious character.  The mask is sacred.  The things he represent are good and just.  El Santo is the most famous of these characters.  Don't think of him as Hulk Hogan (before the recent events turned him into scumbag #1).  He is more akin to Batman.

El Santo (The Saint) is the character charismatically played by Rudolfo Guzman Huerta for nearly five decades.  He was reportedly a decent baseball player and then dedicated Jiu-Jitsu student.  He premiered as El Hombre Rojo (The Red Man) in Mexico City in 1935.  In 1942 he became known as El Santo.


In 1952 Santo appeared in Sensacional de Luchas issue no. 425.  The comic book would run continusouly for another 35 years.

Where Santo truly became interesting, however, was in cinema.  In 1958, he appeared in El Cerebro del Mal aka Santo contra Cerebro del Mal.  (The Evil Brain).  The movie is super strange.  It plays like a straight western for nearly an hour.  A girl has been kidnapped by an evil town boss and a lawman must seek out and save his sister.  Like I said, this plays for nearly an hour.  But, at one point, there is a desperate struggle at the edge of a cliff.  Multiple henchman have the lawman cornered.  Then, riding furiously on a horse, donning both mask and cape, Santo comes riding to the rescue.  The scene plays back and forth, lawman fighting, then Santo riding, lawman fighting, etc...  Finally, Santo arrives.  He clotheslines, suplexes and double-axe-handle-smashes his way through the henchmen.  He then proceeds to toss them from the cliff!  Its amazing. These dudes just want to fight and Santo proceeds to murder all of them.

Santo would go on to appear in more than 52 lucha films.  The basic formula would remain the same.  People are in trouble.  They call on Santo.  He wrestles some guy in the ring and then comes and dominates.  I haven't seen all of them as a huge majority of these films have yet to be released in the States with English subtitles, but the basic underlying beauty of these films is their unabashed love of the unexpected.  In Santo contra las Mujeras Vampiros (Santo vs the Vampire Women) Santo pushes a handful of vampire women into their coffins and then proceeds to burn them all alive.

I find something almost courageous about the pacing of low budget pictures from this time period.  Slow doesn't really define.  It's almost more like tedious.  But, for me, that's part of the enjoyment.  The build up is all the more enjoyable when Santo calls on his Santo video phone from his silver convertible.

And now we come to SANTO Y BLUE DEMON CONTRA LOS MONSTRUOS (1970).  I picked this film to play at the cemetery because it is a different kind of special.  By 1970, the people making Santo films had perfected the look and feel.  They had made 22 of them already.  They needed to spice it up.  What if he were to fight all the monsters?!  The evil Dr. Halder combines the forces of Dracula, Frankenstein, The Cyclops, Mummy, etc, to take over the world.  They also brainwash the lovable Blue Demon to be their minion.  The pacing here is quick.  The wrestling match scene is well commentated.  The fight scenes are over the top, and there are a ton of them.  In reality, this is a B picture that would've played well in American drive-ins had it been dubbed into English.

I can't imagine this film won't make you fall in love the world of Santo.  It worked for me.

THE FAN (AKA DER FAN / TRANCE) 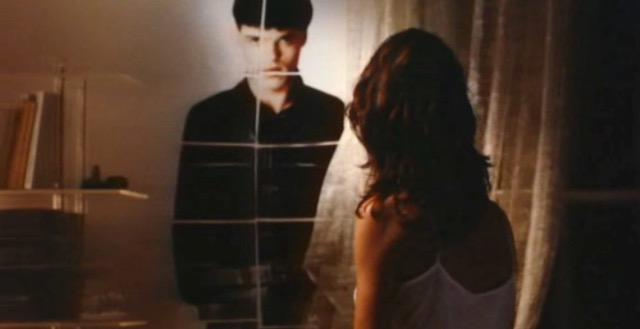 
Check out this episode!
Posted by All-Star Video at 2:11 PM No comments: 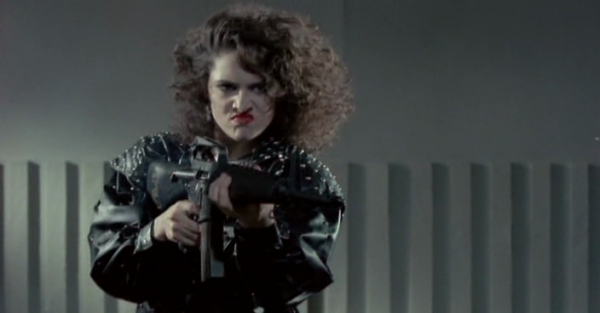 This may be the most serious review of this movie ever made. . . and it's really not that serious.

Check out this episode!
Posted by All-Star Video at 4:33 PM No comments: