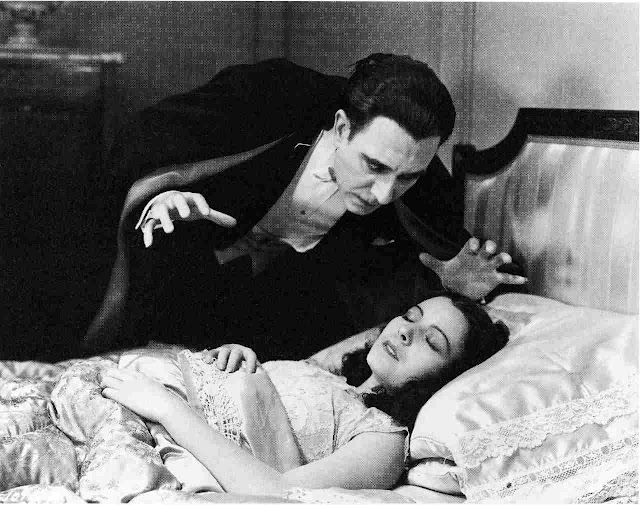 We've been looking to expand and do screenings around town.  I was walking by the Pioneers and Soldiers Cemetery a while back and got excited about the idea of watching a movie in there.  At the same time Take-Up and the Heights were doing their Universal Monster series out at the Heights.

The screening will be a benefit for the Pioneers and Soldiers Cemetery, one of the oldest integrated cemeteries in the country with prominent abolitionists, civil war veterans and founders of Minneapolis buried side by side.  We're hoping this is a success and is something that we can build upon over the course of a number of years.

We also recorded a podcast about it.  Subscribe to our podcast on iTunes or listen here:
http://traffic.libsyn.com/allstarvideo/Dracula_Podcast.mp3

The Movie:
In 1931, as Tod Browning was shooting Dracula with Bela Lugosi, George Melford was shooting from the same script on the same sets at night with a Spanish language cast and crew.  They would shoot through the night, using all the same marks, same lighting, etc..  However, as it went on, things changed more and more from the English language version.  For instance, Lupita Tovar's costumes were much more revealing than her English counter-part, Helen Chandler.  LIkewise, George Melford came out of a different mindset than Tod Browning.  Where Browning was a traditional silent film director, Melford was working with a Spanish speaking cast and crew.  Melford didn't speak Spanish, so his attention seems fully on the camera.  Placement and movement are far more creative and experimental.  The Spanish language version of the film is a full twenty-five minutes longer, allowing the film room to expand and sit on tense moments.

Long thought lost, the film was re-found in the 1970s, showing how wildly different the films are.  Many now argue Melford's film is the better version.   Though it is obvious that Lugosi has forever defined the character of the Count.

The Heights will be screening ALL of the great Universal Horror classics starting September 26th.  This is your best to chance to see them all the way they were to meant to be seen.