DAVID A. PRIOR MONTH

October is DAVID A. PRIOR month at All-Star Video

David A. Prior was born in New Jersey, grew up in Baltimore, started his career in California and now produces most of his films in Mobile, Alabama.  His newest film, Deadliest Prey comes out in November.  You can check it out at www.deadliestprey.com

He is a low budget straight to video guru.  And, does everything we appreciate in a filmmaker.  His first film, Sledgehammer, is a large part of what finally caused us to start this site.  It's one of the first SOV (Shot-On-Video) horror films ever made.  It was a production of friends just doing what they want to do.  It's brilliant.  It feels like an extremely ambitious home movie trash / art film.  It is, at times, completely hypnotic.  At other times, laughably confusing.  And, yet, it is completely charming and engrossing.  I screened it for some friends one night about a year ago.  As we came out of the theater, both of my friends Andy and Joel discussed how it was hard to tell if they had just watched an absolutely brilliant art film or a completely trashy disaster.  Exactly.

From there on, Prior worked continuously for the next twenty years.  He would help create a distribution company called Action International Pictures, release over thirty films and continue to be outside the studio system his entire career.

His second film, KILLZONE, is a bit more forgettable, but still wonderfully enjoyable.  It sets the tone for what would be Prior's international market... crazy action films.

His films vary wildly in theme and genre, as he worked at a break-neck pace.  Of his thirty-some films, twenty-four of them came between the years 1987 and 1995.  At that speed, he worked completely on instinct.  Never looking back or having the time to be insightful, his films emerge as subconscious nightmares or dreams brought to life.  Especially during what we term as his "golden age," (1983 - 1990), everything he worked on was produced from the hip.  Characters seem to repeat over and over, lives mingling with one another.  His brother Ted, extremely charismatic and constant collaborator, plays Chuck in Sledgehammer and then again in Killer Workout.  His character from Deadly Prey seems to be reminiscent of the main character in Night Wars.  The anger caused by Mickland in Mankillers seems residual from his time as the villain in Deadly Prey and so on.

Likewise, themes tend to repeat and change and mutate into other things.  There is a deep ambivalence that resides in Prior's position on these topics.  In 1987, he put out both Killer Workout and Mankillers.  Both films contain extremely strong female characters, and both have those same characters dressed scantily clad.  One film is about an image-obsessed society that puts women at the mercy of their appearance for their success while the other is about a male-dominated culture that literally sells women as slaves.  In the end, both films end with women taking over and getting their revenge, in one she is the villain and the other a hero.

At the same time, Deadly Prey is about an unstoppable American hero who was unable to beat the Vietnamese single-handedly in the war, but manages to stop an entire platoon of mercenaries.  Night Wars, on the other hand, is about the unseen wounds that veterans carried home with them.  Two veterans are plagued by nightmares about leaving behind a comrade, and relive those nightmares over and over until they start realizing they are actually being injured in their dreams.  They fight these nightmare villains and win the day changing the place of two veterans, but in the end, it's just a dream.

That deep ambivalence carries with it a complex political backdrop rooted deep in the 1980s.  The fight for the American soul, which continues today, is so visibly and honestly portrayed in these little exploitation films it causes you, in-between gasps of laughter and joy, to think a little bit about the situation in which they were created. 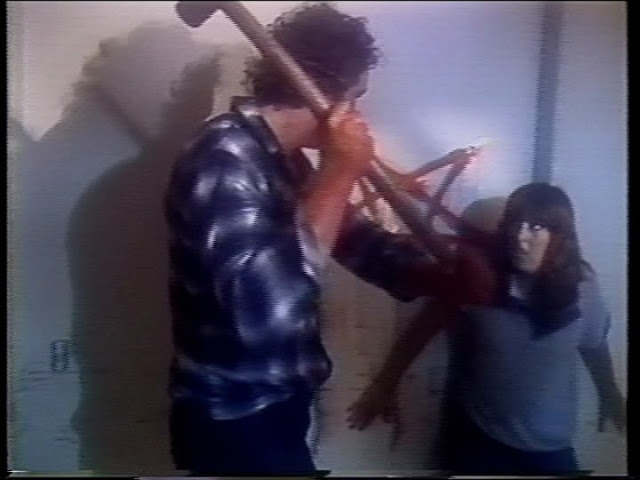 There are, of course, plenty of duds when doing as many films as Prior has.  However, he has more than his fair share of absolutely wonderful hits.  Sledgehammer has become notorious now, due to Cinefamily's midnight screening and Intervision's wonderful DVD release.  Likewise, Deadly Prey is renowned and loved for it's unabashed and shocking violent conclusion.  Mankillers has become a cult favorite in the "women in prison" and "female revenge" genres..  The list goes on.

And, so we come to October 2013.  This month we will be doing reviews, commentaries, interviews and podcasts about David Prior's career.  We hope you enjoy it as much as we do.  For us, this is a dream we had from the beginning. 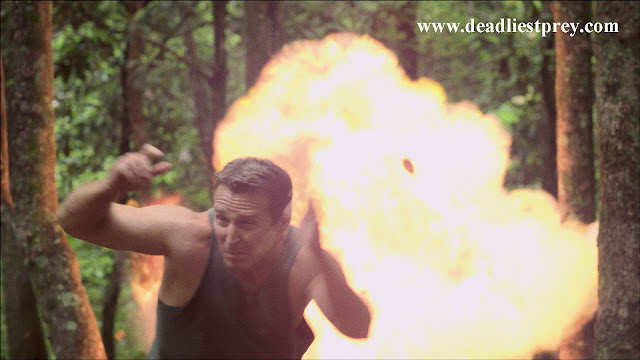 Email ThisBlogThis!Share to TwitterShare to FacebookShare to Pinterest
Labels: Special