Bad Ronald shouldn't have buried Carol after he accidentally killed her.  His mom shouldn't have recommended that he hide.  But, if that had been the case, then there would have been no Bad Ronald, and that would've been a shame.

Bad Ronald's birthday is celebrated the day before they celebrate his mother's divorce to his father.  They celebrate with chocolate cake.  Afterwards, Ronald wants to go to a double feature with Laurie, but it so happens that Laurie sucks and only likes football players.  Carol is riding her bike by Laurie's house and makes this point clear to Ronald.  Afterward, Ronald pie-faces Carol in disgust and Carol bonks her noggin on a cinderblock, rendering her, well, dead.  Thus is born the film with the best title of all time. 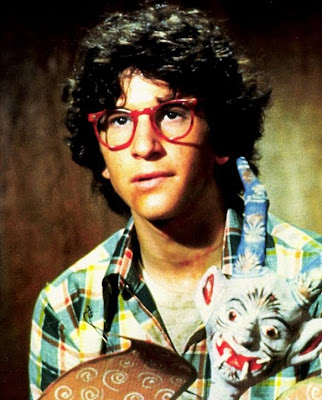 Originally made as a TV Movie, this little gem is truly special.  I can't even imagine how awesome it would have been to have come home from school and seen this movie on TV?

Well, anyway, Bad Ronald's mom prefers that Bad Ronald not get the electric chair, so she comes up with a hair-brained scheme to wall off one of the spare rooms in the house and create a secret room for Bad Ronald to hide in day and night.  While it's not clear what the end game here is, it becomes a short-term fix that makes for some fascinating interactions through pantry wall.  Mom is pretty set on Bad Ronald getting his exercise and keeping up with his studies.

Whatever the original plan, things get very complicated once Mom needs a gall bladder operation.  A seemingly simple operation turns deadly and leaves Bad Ronald locked in the new secret room of the house with no news or supplies.


Apparently there are no legal hoops to jump through and the bank moves quickly to get a new family into the house, making things rather complicated for Bad Ronald.


The dinner table scene is incredible...

The Evaluation:
For what it is, this movie is the sweetest.  At a brisk 74 minutes, it doesn't overstay its welcome for a minute.  The outlandish scheme that Ronald and his mother come up with is so ridiculous and surprising that it's very refreshing.  Outside of the evil nosy neighbor, it's played completely straight.  Performances and production is pretty great and the story is completely unique.  Wes Craven, rip-off artist, managed to steal the last act for his People Under the Stairs (which is also crazy awesome, if you haven't seen it.)  If you love little well made obscurities, hunt down a copy of BAD RONALD.


The Box:
About as skimpy a set-up as I've ever seen.  This is my first Warner Archive DVD and I was shocked that the menu consists of one button "play movie."  No scene selection, nothing.  But, no matter, I'm just thankful they put it out so I didn't need to shell out thirty-five dollars to buy the VHS.

- J. Moret
The clip below is sweet, but does contain spoilers: