A SHORT RANT ON KAIJU

Kaiju is a term used to describe monsters in Japananese films, it literally translates to Strange Beast.  Kaiju-eiga = Monster Movie.

In Japan, a creature was introduced in 1954 that defined a decade of pop cinema.  Godzilla arose from the sea and took the island by storm.  Director Ishiro Honda brought the giant lizard / dinosaur into the heart of Tokyo and destroyed it like never before in a film.  Politically charged, in many ways this was a protest film.  During World War II, America had fire-bombed the wooden city over and killed up to 100,000 people.  American troops still occupied much of the island, and open criticism was not allowed.  Most Japanese people were still not aware of the full extent of the devastation that took place at Hiroshima and Nagasaki.  The world was coming to grips with the fact that we now had the physical power to destroy the planet in a matter of minutes.  In Japan, a creature made from the fallout of American atomic bombs put that menace into a physical form. 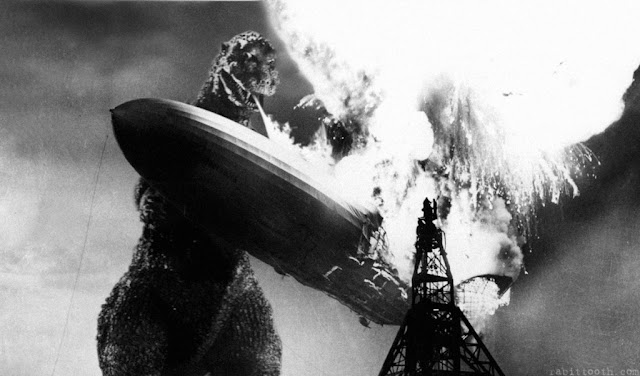 In 1933, King Kong was a tragic Beauty and the Beast tale that brought the dangers of capitalism directly home during the great depression.  Having recently re-visited it, I am astounded by it's beauty and violence.  I would say it now stands as one of my favorite films of all time.  I am a sucker for practical effects, and I think it would still be hard to beat the look of the stop-motion in that film.

Twenty years later, the world had changed dramatically.  The traumas of a world war changed monsters from tragic, empathetic victims of our greed to slow, lumbering, and powerful other-wordly mutants.  In America, films like The Blob, Them! and Plan 9 From Outer Space were about communism and the fears that come with being a major super power.

Japan was reeling from their entire culture being up-rooted.  They had not, and in many ways still haven't, dealt with their atrocities of being a colonial super-power in Asia.  They were a country that had literally been burnt to the ground and needed to be re-built.  Godzilla was an embodiment of the destruction they were going through.  He was a metaphor for the American military.  The 1954 film is absolutely brilliant.  It's emotional and beautiful and stands up next to King Kong as a major landmark in Monster movies.  It also spawned an entire genre that continues.

Kaiju films are intimidating simply for the sheer number of them.  There are no less than twenty-eight Godzilla films alone.  Tons of other franchises also popped up around them.  Gamera, Mothra, Daimajin, Dogora, Destroyah, Ghidorah, Biollante, Baragon, just to name a few...  Some of which are absolutely brilliant, and almost all of which have a charming nature to their destruction.  As Honda would direct a ton of them, his hope for international solutions to big problems come through in nearly all of them.  The United Nations is called on to come together to provide support and ideas.  Science, the cause of nearly all the problems, is also the solution.  Toxins made from the venom of wasps or an oxygen destroyer developed by scientists make for the solution.

For a comprehensive history, see: http://godzilla.wikia.com/wiki/Godzilla

Over the next few months, as we get excited about Guillermo Del Toro's kaiju homage film, Pacific Rim, we will be introducing you to some of our favorites. 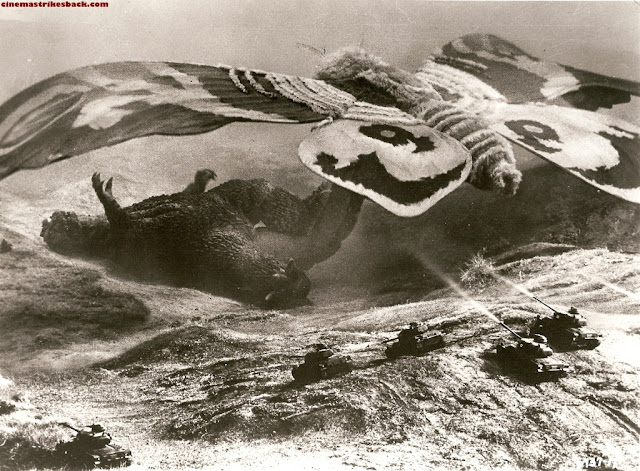