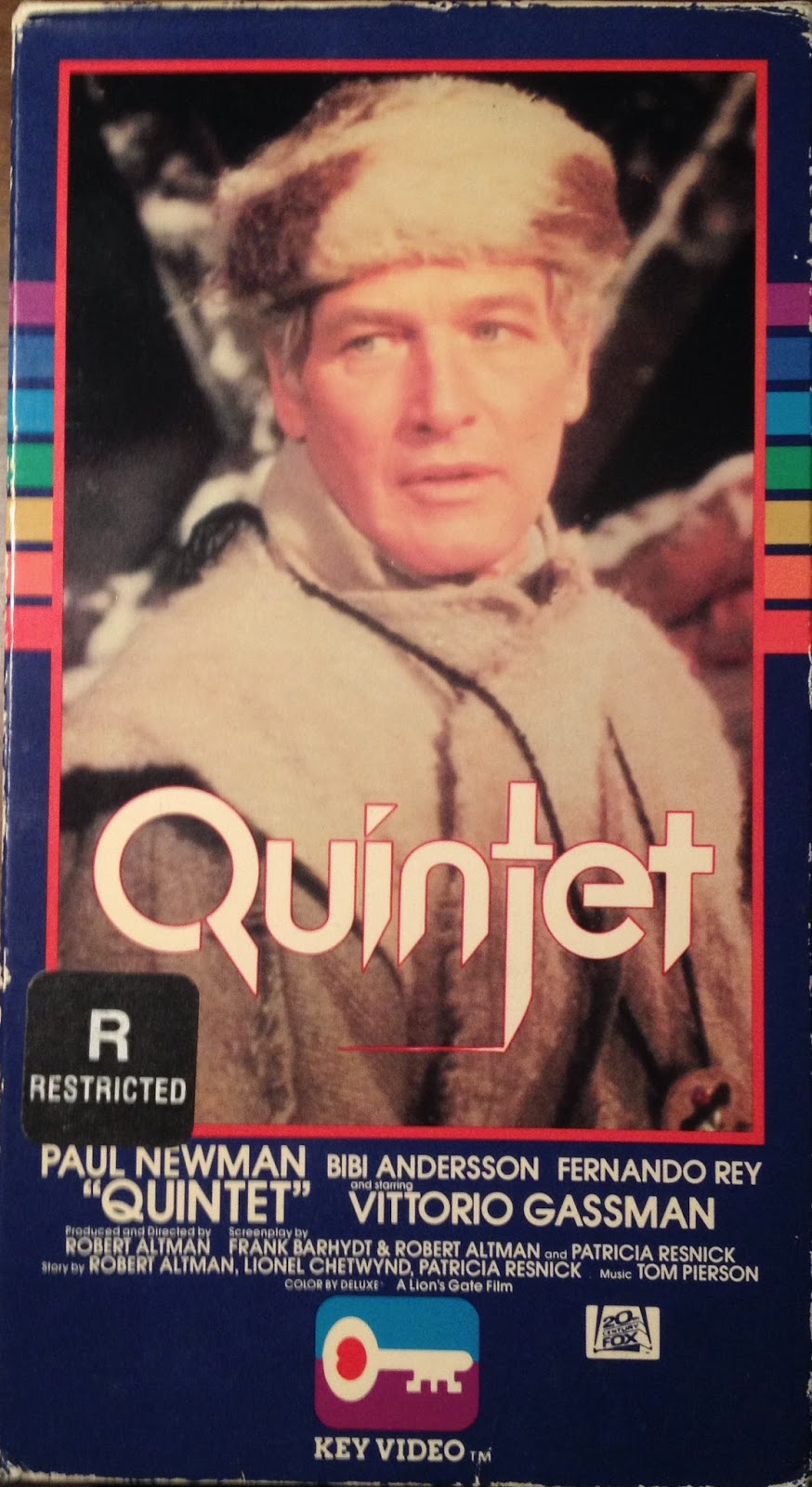 There is something very peculiar about minor works from great masters that I find absolutely fascinating.  Critically panned and hated at the time, Quintet is the type of film that I can definitely say is not for everyone.  The pacing is very slow and the mood is bleak.  And, when I say bleak, I mean downright grim.  That being said, its a brilliant film.

It has a strange, frozen, and dreamy look to it.  The top and bottom of the frame has a "blurry-ness" to it that looks like vaseline on the screen, almost like the bottom of the land-speeder in A New Hope.  Where 3 Women is characterized by the wish and wash of water, as tides of emotion take it over, Quintet is a dreamy existential meditation on politics and hope.

Altman is known for his brilliant characterizations, enormous casts and philosophical subtext.  Giant masterpieces like Nashville and M*A*S*H* established him as one of the great American directors.  Quintet and 3 Women were seen as flops and hurt his reputation, making it tough to make such daring and original work for years.

The Rundown:
The world has entered another ice age.  Humanity has been lowered into a frozen post-apocalyptic nightmare.  Paul Newman has made his way from "the south" where he was hunting seals to the city.  With an original population of five million, it has become an icy wasteland of very few.  Newman arrives with his wife, who is five-months pregnant with what would have been, perhaps, the last baby to be born.  But, she is murdered in a bombing. 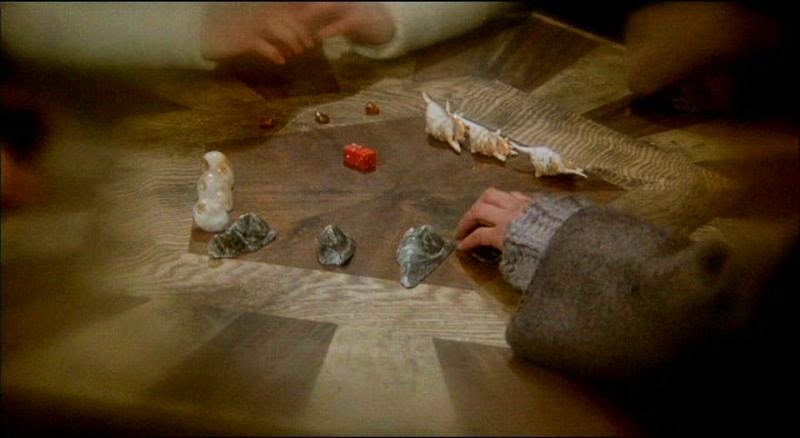 The Game:
When the population no longer has any real motivations, it begins to obsess on a game called Quintet.  The rules are a bit mysterious and never truly given, but these are the things that we know.

As the population has dwindled and become more and more lost, the game has become more serious.  When Newman asks about work, his brother replies, "There is nothing left but the game."

Shit Just Got Real:
All hope is lost.  The last city is full of middle-age people and older.  The steel and concrete that holds up the city is slowly being destroyed as a glacier makes its way north.  As hope is lost and the game takes over, something secretly called "The Tournament" has taken over, involving real people as the markers and the real stakes of the game being people's lives.  What comes is a bloody game to be the last man standing, and at the middle of it, Newman is hoping to find the murderer of his wife.

One of the reasons that this film is so ignored is the extreme harsh critical reception.  For instance, Vincent Canby (asshat) from the New York Times went so far as to say, "At it's worst, which is most of the time, "Quintet" discovers a lot of small ideas that sound as if they'd been borrowed from "Tomorrow," the shrilly dreadful song from Annie."  First off, what does that mean?  Second, Canby seems to have mistaken his inability to connect to the film to it having no large ideas.  Do ideas get any larger than the absolute existence of humanity?  That's like saying that Jaws is dull and not about sharks.  (PS - he also gave Jaws a bad review...)  It's also a film about motivation.  When there is no sense of future, what takes up our productive energy?

Like I said at the beginning of the review, this is definitely not for everyone.  You must enjoy the political intrigue of a conversation that happens about the strategy of the game in the presence of a woman who has a sword through her face.