Review: ALICE IN THE CITIES 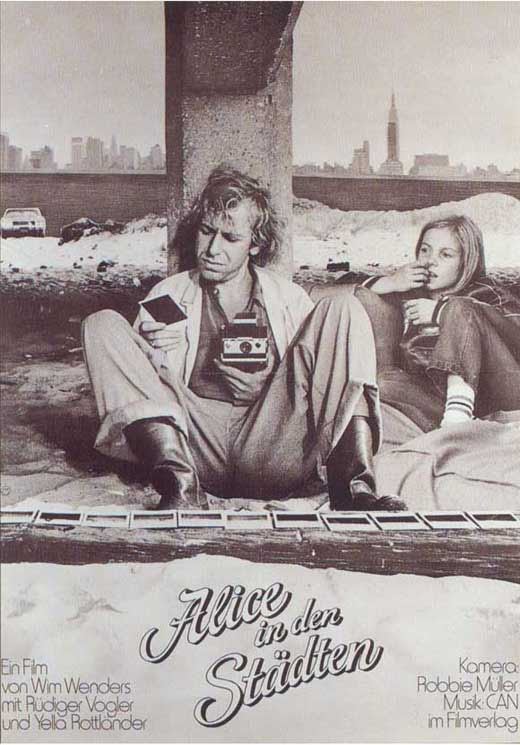 If you read our site with any regularity (anyone?) you know that we tend to relegate ourselves to lost or obscure low-budget genre fare.  After a bit, though, you have your absolute fill of that, and must enjoy really great films.  As most of those are regularly covered by other sites, we tend to not write much about them.  Some films, however, seem to be missed by American Home Video distributors and are thus overlooked.  Alice in the Cities, The Wrong Move, Kings of the Road and The American Friend are just some of those.  These films by Wim Wenders are on numerous lists of the best films ever made, and yet, nothing.

The idea of regions in DVDs / VHS, etc, is about the most annoying thing that the entertainment industry has ever done.  Initially done because studios were terrified about piracy, it has become the norm to keep different home video distributors that have stakes in certain regions to have control over their releases.

However, when has restricting access to art ever been possible?  With the introduction of the internet, it seems more and more ludicrous to attempt to keep regions intact.  Well, nonetheless, certain films continue to be extremely difficult to find in the states, even brilliant films like Wenders' Road Trilogy.  There are easy ways around this, however.  If you buy the cheapest DVD or Blu-ray players at Best Buy, just check and see where they are made.  If they are produced in China, they are most likely region-free, as they just mass-produce them for the international community and put different logos on them.

The Film:
Alice in the Cities is the first in Wenders' Road Trilogy and one of the best (and first) films of the German New Wave.  Opening with shots of the American countryside, as seen through a dirty windshield, cheap hotel rooms, long overnight rain storms and toll roads.  He perfectly captures that wandering, aimlessness of the open road.

Philip Winter (Rudiger Vogler) has been commissioned to write a story that takes place in the United States, but when he arrives in New York City, he has produced nothing but Polaroid pictures.

Recently, a friend and I traveled thirteen hours to Ohio for Cinema Wasteland.  I had grand plans to write, record podcasts, and be productive.  Instead, a certain preoccupation with the road, exhaustion and constant distraction keeps any sense of production at bay.  As Philip says to his publisher, "I couldn't do anything else.  I can't explain it any other way."

Phillip happens upon a woman and her daughter also trying to get back to Germany, but strikes have made it impossible, so they hold up for a night to wait for an alternate flight to Amsterdam.  While in the hotel, Philip obsessively watches television.  And, here we get what Wenders is really after.

As Phillip says to Alice's mother, "The inhuman thing about American TV is not so much that they hack everything up with commercials, though that's bad enough, but in the end all programmes become commercials.  Commercials for the status quo.  Every image radiates the same disgusting and nauseating message.  A kind of boastful contempt.  Not one image leaves you in peace.  They all want something from you."

I could not have described more clearly why I write about and hunt down the obscure.  I guess that's what I'm constantly looking for.  That constant search for something outside of consumerist culture.  Something honest.  And, like Alice, it's always searching without a clear plan. 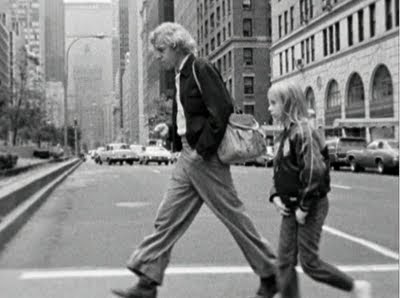 Wenders' film is extremely special.  A wandering masterpiece that is as tender as it is intelligent.  Phillip's relationship with Alice is wonderfully gentle.  As he continues his existential wandering, her curious nature brings it all into focus.