Review: BULLET IN THE HEAD 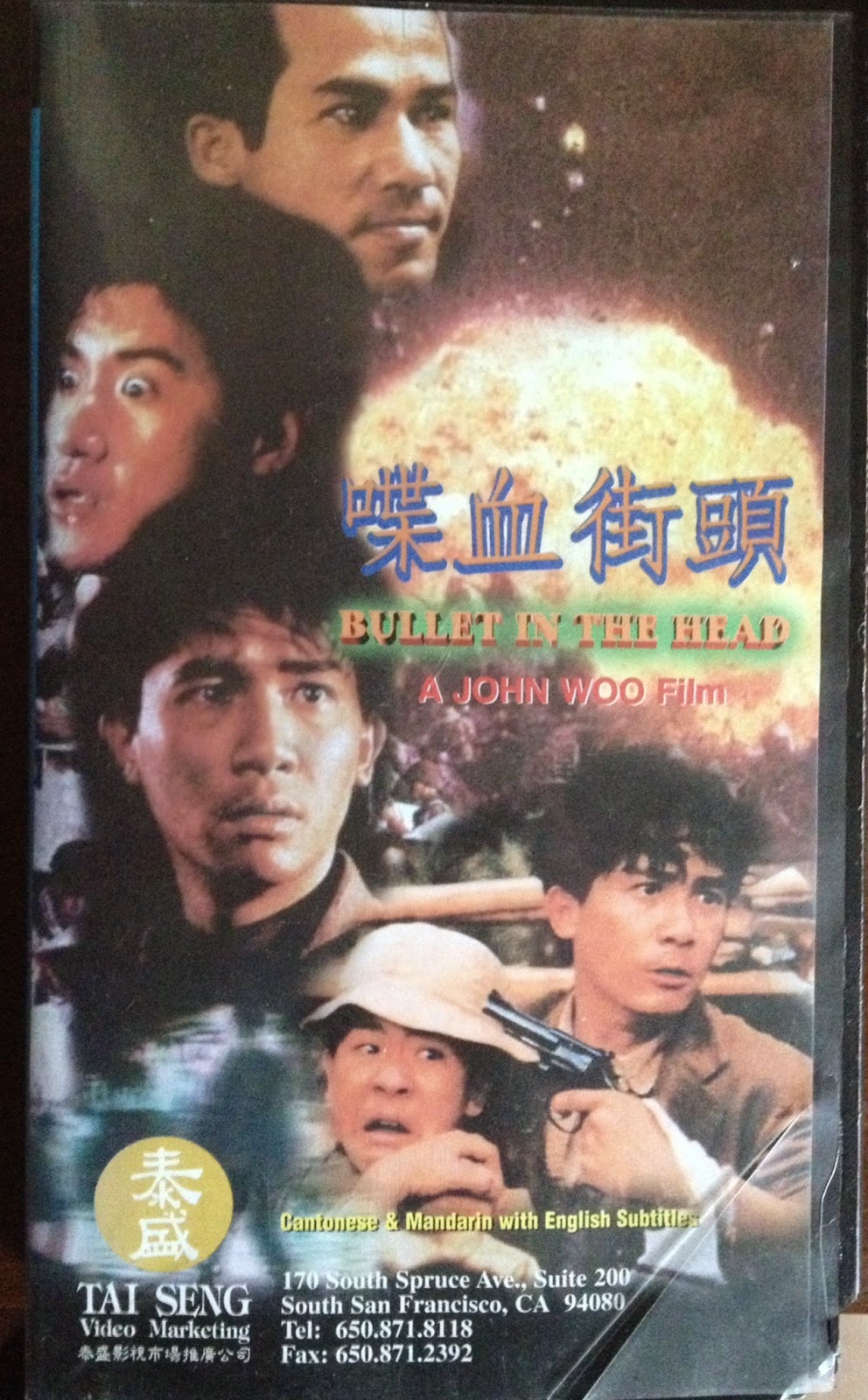 Bullet in the Head is a real pleasure.  It starts off as a mad disaster and slowly becomes a huge action extravaganza.

I'll describe the opening twenty minutes as best as I can.  As credits begin to roll over a black screen, that monumentally horrible Neil Diamond song, "I'm a Believer" is played, but covered in bad Kool 108 Jelly Roll Morton piano.  There is dancing, fighting, laughing while driving mopeds and old ladies hitting their sons.  While this is not exactly comprehensible, it does have that John Woo flare that is super entertaining.

From there, we get to a wedding, some guy named Ringo beats up somebody else, there is a big fight and someone picks up a flaming log and hits someone else with it.  Ringo dies.  Ben (Tony Leung), Frank (Jacky Cheung), and Paul (Waise Lee) become implicated in Ringo's murder and flee the country, ending up in war-torn Vietnam just as that famous photo of the prisoner getting shot happens at the embassy.

While in a club, Ben is witness to a shooting in the bathroom as The Monkees again perform "I'm a Believer."  Severely off-putting.

John Woo's career is a fascinating one.  His up and down international career is one that has been repeated over and over by other Asian artists.  Woo was born in Hong Kong and began working at Shaw Brothers right around the time that Hong Kong was becoming the epicenter of great action film.  His first feature, The Young Dragons (1973), though somewhat simple in style and amateurish in execution, would be the starting point for a long and successful career in action films.  Over the next fifteen years, he would become a master, making, perhaps, my favorite action films of all time.  The Killer (1989) and finally Hard Boiled (1992) boast some of the best action scenes and fascinating film work I've yet to see.  At the sight of these films, Hollywood was able to coax him to come to the states where he made two decent films (Hard Target, Broken Arrow), one great one (Face/Off) and then plummeted into that Hollywood abyss (Windtalkers).

The Killer and Hard Boiled found their audience in the States via Criterion on laserdisc and DVD and later Dragon Dynasty.  There is a certain absurd playfulness to them.  The violence is extreme and the gunfights are wonderfully choreographed.  The good guys win, characters like Inspector Tequila are loveable and babies are protected throughout giant gunfights.

Bullet, on the other hand, is an exercise in tragedy.  Shakesperian in both tone and scope, it is a film about friendship, greed and desperation.  Though the action is equally impressive, the protagonists are more complicated and their fate more depressing.  So, no wonder its' audience is limited.  I guess I would describe it as a mix of Deer Hunter and Hard Boiled.  And, I loved it.  Over the top, awkwardly emotional and at times cheesy, its still a real pleasure.  If you enjoy the best of Woo's Hong Kong films, you should definitely check it out.

You can find it on Blu-ray for a lot, DVD for even more or VHS for like $6, but as mentioned above it's missing 15 mins. so the editing is pretty confusing at parts.