When we learned that Don Coscarelli had a new film coming out in 2013, we jumped at the idea of celebrating one of the most exciting and independent filmmakers still working. 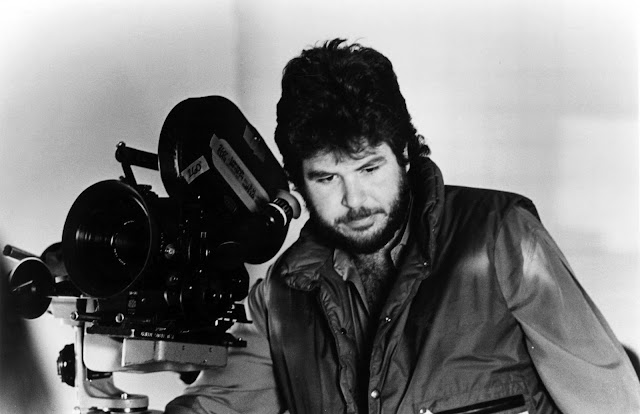 Innovative, experimental, intellectual and fearless, he stands out among horror / cult / fantasy directors.  I think it would be easy to look at his films and write them off as goofy or intentionally crazy, but I think that misunderstands him.  If you look at his full filmography, and we hope you do with us, you will see that he has been consistent, personal and genuine in the types of films that he's making.

Don Coscarelli started out trying to go the UCLA film school route, but left because he felt stifled by the conventions and regulations.  Thank God he did.  No doubt that absolutely brilliant filmmakers came out of that program, but Don's ingenuity and completely unique style would have been watered down and standardized in the studio system that hopes to polish and market movies before they are even written.

Instead, his filmography is an ambitious and deliberate break from predictable and formulaic studio fare.  That starts at the production level.  His films are family affairs.  Jim, The World's Greatest, Kenny & Company and Phantasm were financed by his father and staffed by friends and family.  His parents were extras in the funeral scene in Phantasm.  His daughter plays one of the dwarves killed by Reggie in Phantasm IV.  The distribution company that worked on Bubba Ho-Tep consisted of him and his wife, Shelley Kay, and was run out of their home.  He works on shoe-string budgets with the people he loves.  Needless to say, each venture then has the possibility of busting him, but it also has the freedom to truly be his.

His daring goes beyond just financing, as well.  Similar to Roger Corman, another ASV favorite, his  generosity is on display.  He continues to work with many of the same actors and friends he did in the beginning, while also bringing on big names like Bruce Campbell and Paul Giamatti.

As an independent, he was never (outside of Beastmaster) controlled by a studio, and therefore we get to see his style evolve and grow right in front of us.  It is a brave and honest thing to put that out for all to see.  Most filmmakers go through tons of studio re-writes and have assigned editors, largely making each film with marketing in mind.  Being outside that system, Coscarelli is left in a bubble, to work out his demons alone.  Because of that, his films look and feel like no other.  The authentic and episodic feel of Kenny & Company translates directly to the rounded development of Mike in Phantasm.  The wildly original ideas in Phantasm led to a deeper understanding of effects and interests in fantasy and directly into the extremely entertaining and off the wall hit, Beastmaster.  His experiences with the studio on Beastmaster led him away from them and into his own creative control of Phantasm II and so on.  And, in each film we get to see his mistakes as he creates his own style.

Coscarelli and his films are extremely difficult to define or label.  Phantasm is no straight-forward horror movie.  It is a strange blend of adolescent drama, horror, sci-fi and fantasy.  It was produced in 1978, before Halloween, Nightmare on Elm St. or Friday the 13th.  It has the deep influence of 1950s sci-fi and 1960s zombie horror than anything else.  It's also deeply surreal and mysterious.  It's an oddball in horror history. Bubba Ho-Tep is about an aging and sexually frustrated Elvis and a black John F. Kennedy that is as much character sketch of aging as it is horror / action film.  John Dies at the End is a sci-fi action / horror drug movie.  And, all of them are so ridiculously creative and well made that they continue to impress and entertain with multiple viewings in all types of circumstances.

And, unlike other horror filmmakers of his generation, (Romero, Carpenter, Craven, Hooper) the quality of his films haven't gone downhill.  Bubba Ho-Tep and John Dies at the End are just as entertaining as Phantasm or Beastmaster.  Perhaps this is because Coscarelli was never easy to pigeonhole in the beginning.  His films leant themselves to multiple genres and seemed somewhat unfilmable.  Either way, it's a pleasure to see he's still knocking it dead with the excellent John Dies.

Over the next four weeks, we will be doing a full retrospective of all of Don's films celebrating his past and bright future. 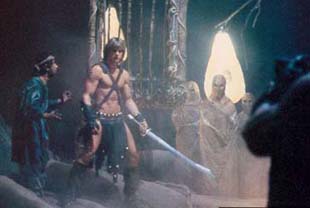