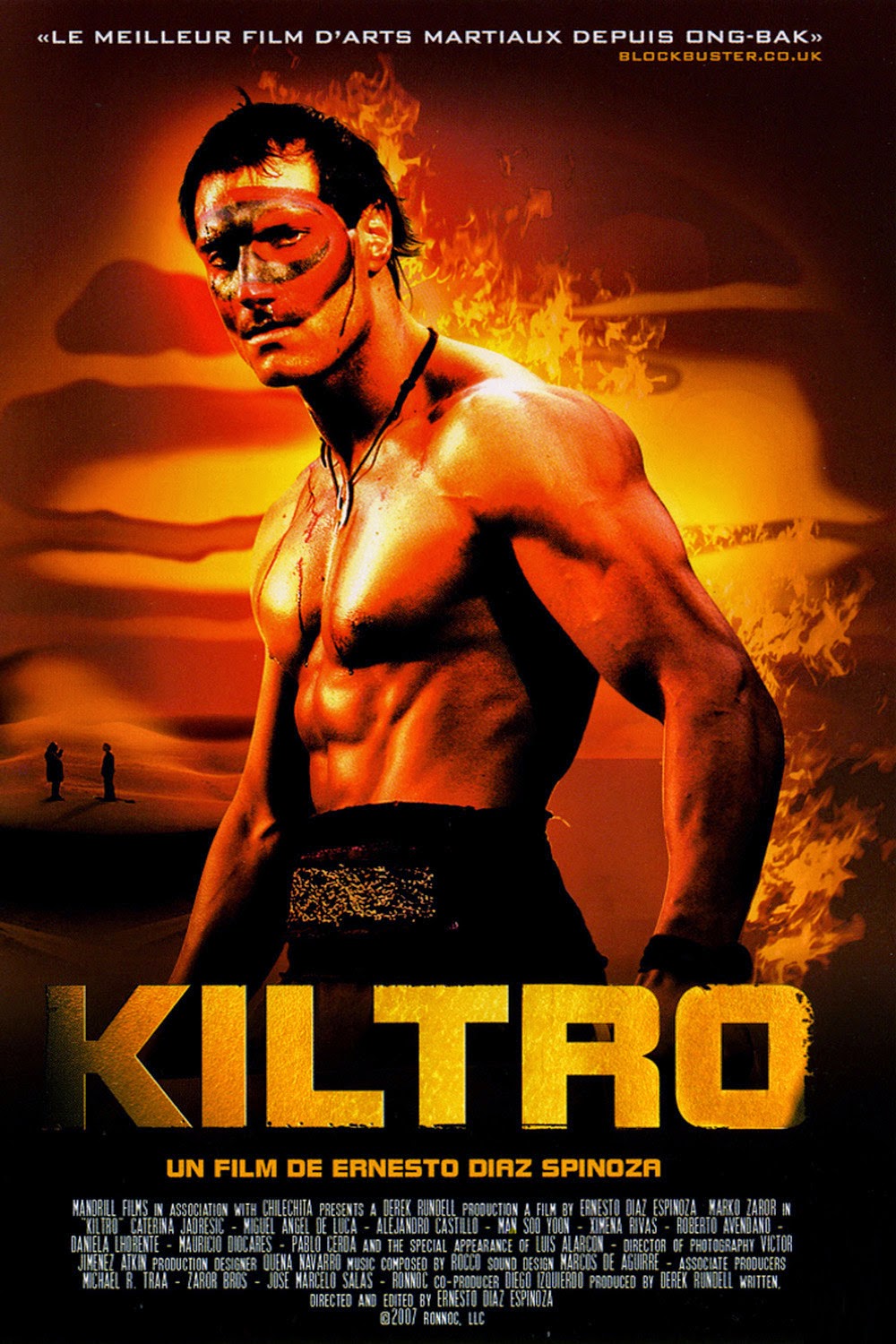 Popping in Kiltro for the first time I had no clue what to expect. I mean, to me, Kiltro sounds kinda like Xtro, that British B-movie from the early 80’s and it also makes me think of some kind of killer robot, NOT a Chilean martial arts flick. I bought this movie out of a clearance section on the merits that it had a buff dude with the face paint of the Ultimate Warrior holding two big ass knives on the cover. As it turns out, Kiltro fucking rules! Equal parts Star Wars, Spaghetti Western, Grindhouse flick and Kung-Fu the TV Series, it’s basically Quentin Tarantino and Robert Rodriguez’s wet dream. With a budget of next to nothing this film is fucking weird, hilarious and 100% awesome.

Kiltro stars Marko Zaror as Zami, a no-neck beefcake who’s madly in love with Kim, the daughter of the local Korean martial arts instructor. Kim is hilariously not portrayed by a Korean woman and instead is played by a Chilean actress with painted on eyebrows that make her look more Vulcan than Korean. Zami first meets Kim after beating up the guys attempting to rape her. They kiss and then she pretends to not give a fuck about Zami. Zami in turn, beats up pretty much any dude that talks to her. This fantastically awkward romance goes on for a bit until Max Kalba, a cane-with-a claw-to-rip-throats-out toting ruthless badass rolls into town and fucks up everybody’s shit. Apparently, Kim’s dad banged Max Kalba’s wife back in the day and got her pregnant. Max got super pissed and tried to kill everyone but spectacularly failed, running away to become a badass. We also find out that Kim’s dad used to belong to a secret order of martial artists that Zami is somehow mysteriously related to (spoiler but not really: Zami’s absent dad used to belong to the group). Well Max kidnaps Kim’s dad and Zami and Kim escape near death with the help of a dwarven hermit named Nik Nak. Nik Nak used to be the leader of the secret order but lost his mojo after becoming said dwarven hermit. He sends Zami out to the desert to train tobecome a master in the Zeta style of fighting and save everyone.

This movie is ridiculous in so many ways. Let’s first start off with Zami’s hair. It is the most ludicrous mullet I have EVER SEEN. His mullet has red extensions which are spread out in a way that looks like yarn somehow got stuck in his Kentucky waterfall. It is glorious. Next, during Zami’s training montage the film turns right into a spaghetti western for no real reason except that it looks awesome. It is complete with a cantina scene and training in the cliffs with a giant sunset in the background. Then there is Zeta. Zeta is basically the Force from Star Wars. According to the characters you just feel the Zeta around you. You just know when to punch and kick and do a crazy flip without thinking and that’s when you know you’re in the Zeta state. The movie just steals from Star Wars left and right but still manages to be fantastic. Max Kalba has the presence of Darth Vader. Nik Nak is exactly like Yoda. There’s even a scene where he hops around a cave beating up dudes ala Star Wars Episode II: Attack of the Clones. The similarities are so much that I thought for sure Max Kalba and Zami were going to have an “I’m your father” scene.
The fighting in the movie kicks ass. Marko Zaror has a great style and, despite his large size, manages to smoothly pull of some great martial arts moves. At first, Zami is basically just a brawler but after training on some cliffs, snatching pebbles out of hands, he becomes a martial arts master. The fights are fast paced and well choreographed for being an independent action flick. During one part of the movie Zami puts bladed spurs on his feet and fucks some people up. It’s really fun. 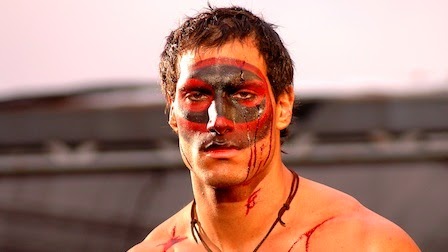 The absolute greatest scene in the film, which made me fall in love with this movie, is near the beginning when Zami pours his heart out to Kim to which she replies that she’s already got a boyfriend. Zami stands shocked when all of a sudden the beginning of David Bowie’s Modern Love starts playing. The movie then cuts to him moping and walking down an alley. As the song picks up Zami starts running and ends up in a full-on sprint while punching the air and screaming bloody murder. It is epic. I had to immediately rewind it and watch it over again because it was that special. Words don’t do this scene justice as it must be seen to fully enjoy the spectacular ridiculousness of it.

Sometimes brutal, sometimes awkward and always entertaining this movie is amazing. I can’t recommend this enough. Maybe I got lucky and I watched it at the right time and in the right place but I had a blast. I hope more people see this movie and enjoy it as much as I have.