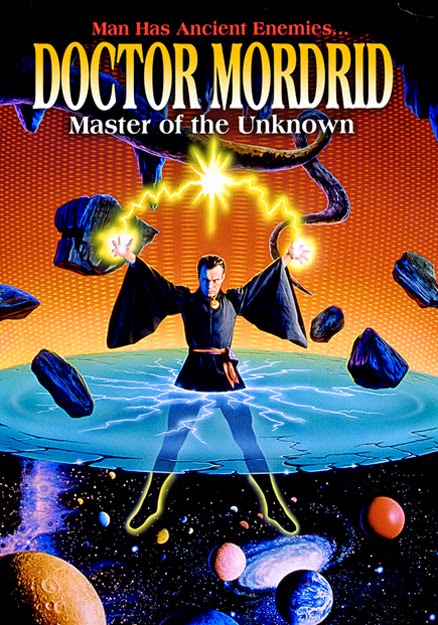 We live in a time where the most successful movies to be released in theaters are about comic book superheroes. Captain America. Batman. Iron Man. Spider-Man. These movies make millions and upwards to a billion dollars. There are toys, video games, clothing and a myriad of merchandising based on these movies. It’s sometimes hard to believe that it took so long for movie studios or even regular Joes to realize the potential in comic book movie adaptations. Sure, there were films like Superman and Batman and they were fun and fantastic but somehow their success turned out to be one offs. For every hit like the ones I just mentioned, there were also 1989’s The Punisher or Steel starring Shaq and many others that did not garner acclaim or even a release (Roger Corman’s Fantastic Four and 1990’s Captain America). It wasn’t until films like Blade, X-Men and Spider-Man that comic book movies started to build steam and become the most successful and anticipated movies they are today. With the major success of these pillars of the comic book kingdom it paves the way for studios to begin to look deeper at characters who might not be household names but are beloved by the fans who know them. Movies like Guardians of the Galaxy and Ant Man now get their moments to (possibly probably) shine. The one I am most excited for is the rumor of a Doctor Strange movie as the Master of the Mystic Arts was mentioned in the latest Captain America film. The internet is abuzz with all the possibilities for a film version of the good doctor but many forget that he was already adapted to the screen! ...sort of.

Charles Band’s Doctor Mordrid had it beginnings as a big screen version of Doctor Strange. Band, (creator of Wizard Video, Full Moon Entertainment, The Puppet Master Series, Trancers, etc.) acquired the rights to produce a film based of the character and quickly went to work writing a script. Unfortunately, right about the time Band was setting up production for the film the rights expired and reverted back to Marvel. Instead of giving up on the project Band rewrote the script and removed any mention of the original characters. It’s hilarious to think they didn’t get sued because the end product is very much a Doctor Strange film.

Doctor Mordrid is the protector of the Earth and when his ancient rival reemerges after being imprisoned in a different realm Mordrid must use all his mystical powers to protect humanity from being destroyed. Along the way he meets his next door neighbor, a special consultant for the police involving the occult and things of that nature. She is a total dingbat. She is nosey and has a penchant for getting right in the middle of other people’s business. Frankly, she is the most annoying part of this movie. 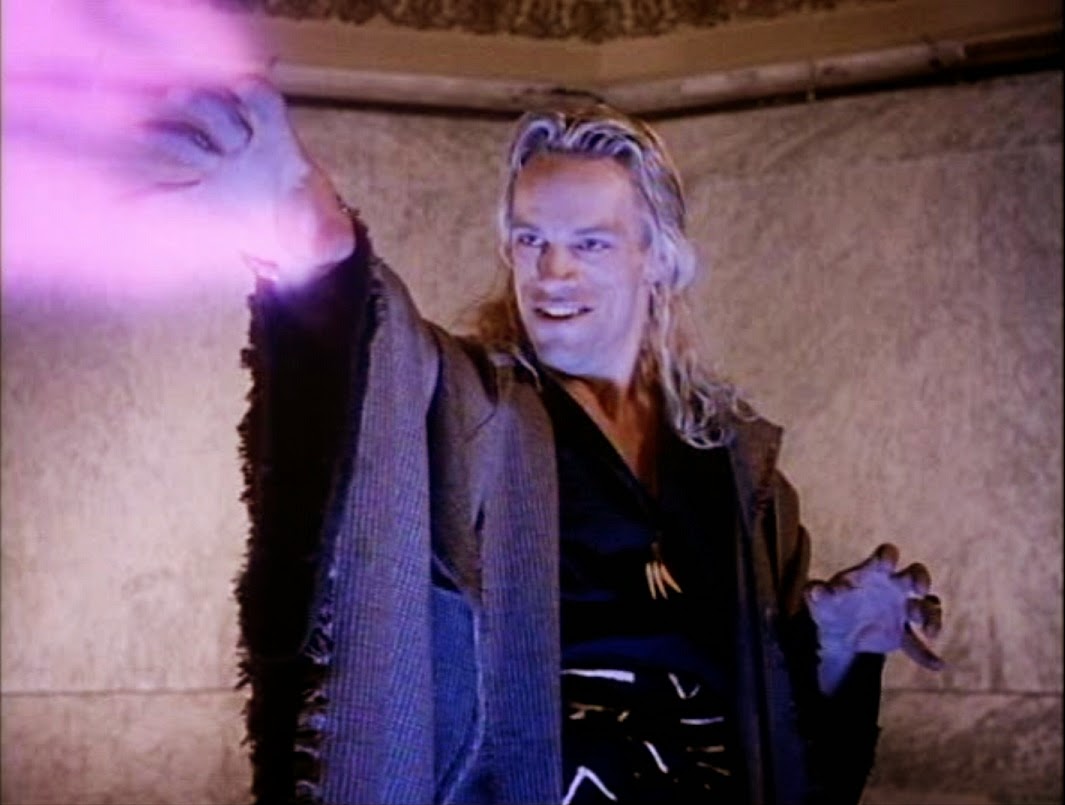 Mordrid is played by the always fantastic Jeffrey Combs. He shines in this movie with the perfect amount of swagger mixed with cornball. Sure, he hams it up but that only makes this movie better! He’s like if Herbert West wasn’t such a spaz. Playing opposite of Combs is Brian Thompson as the evil Kabal. Thompson’s giant weird head is magnificently distracting as he trudges about not doing a whole lot. I think he’s fine in the role but I would have much prefered if Band had instead cast Julian Sands because let’s face it, if you see this movie Kabal is basically Warlock from the movie Warlock.

I think the special effects are decent, especially for a Full Moon Pictures release. There’s a large amount of strange lights shooting out of hands and people magically appearing out of nowhere but the best special effects come with the stop motion animation sequences. That’s always been something Full Moon has been great at. The best sequence of the movie comes at the climax when Kabal and Mordrid face off in a museum, animating a T-Rex skeleton and a Mammoth skeleton. It’s really fun.

How I found out about this flick is through my friend Chad. He bought the VHS at a thrift store, watched it and decided to pass it on to me. He did this by hiding it among my VHS collection. It sat on my shelf for maybe a month and a half before I stumbled upon it. I was completely confused as I didn’t recognize it at all. I was already a fan of Charles Band and Jeffrey Combs but I had never even heard of this movie! It was as if it magically appeared out of nowhere. It wasn’t until I brought it over to his place to show him how fun it is that he spilled the beans. That experience only made this movie more fun for me.

Being a big fan of Doctor Strange, I had a great time with this movie. It’s nowhere near as awesome as the comics and I can guarantee that it will pale in comparison to the Doctor Strange film of the future but for a straight-to-video release it’s pretty entertaining and imaginative. Like all of Band’s works from the 80’s and 90’s they try to be as big and Hollywood as possible but they never make it, although, the effort still shines through. If after seeing this movie you crave some more Doctor Strange strangeness, try and find the 1978 made for TV movie pilot Dr. Strange. It’s not as good as Doctor Mordrid in my opinion but still worth the watch.