Directed by Kazuhiko Yamaguchi
1972 (both of them)
Part One: 95 mins.  Part Two: 86 mins.
DVDs released by Synapse Films 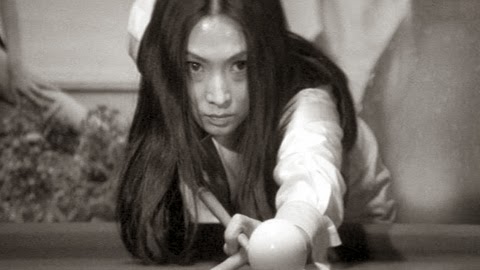 There is a genre of films knows as "The Avenging Angel" or more academically as "Rape-Revenge" films.  Typically, films of this nature involve a woman (or group of women) being taken advantage of.  Most often, this is physical and sexual in nature.  The famous films you've probably seen or read about are the controversial I Spit on Your Grave, the brilliant Ms. 45 or more recently Tarantino's Kill Bill.  But, there are plenty more that don't get discussed.  I find these films extremely fascinating.  Perhaps it's the idea that revenge is justice or the complicated relationship that these women have with revenge.  When done well, these films have a way of getting at tough subjects, while being entertaining exploitation films.  Ms. 45, for instance, does a wonderful job of getting at feminist theory of the early 1970s and pulling it to it's logical conclusion.  If all men are complicit and guilty as a whole by just being men, then targeting all of them is completely fair.  When shown literally, however, the audience eventually turns away from the heroine and questions the validity of it.  Or, maybe something about these films reach into my innate male-ness and offer some kind of guilt-relief from just being male.  Or, perhaps, I just like to watch attractive ladies chop up bastards.  Whatever it is, they get at something deep in my psyche.

What Yamaguchi has done with his Butterfly series is sidestep the regular victim-to-heroine storyline and put us up front with a tough woman who suffers no fools.  While not technically following the basic formula for an Avenging Angel film, I argue that these films still work within the genre and should be considered some of the best ever made. 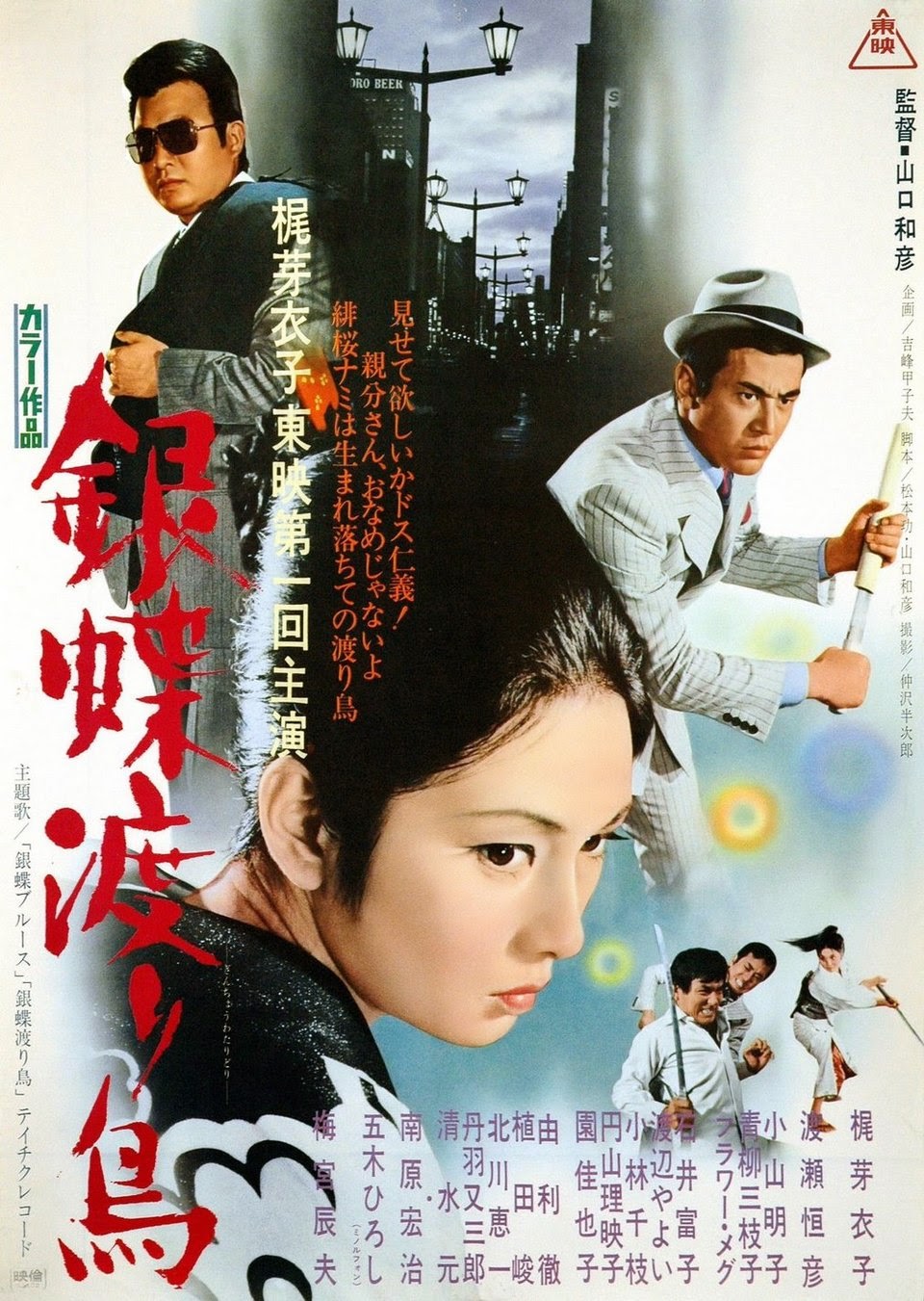 Nami Higuchi (played by the beautiful Meiko Kaji) has been imprisoned for dominating a Yakuza boss with a big time knife.  She cut that fool open before noticing that his wife and child were nearby.  Her remorse is instant and ends up getting her caught.  So, she begins the film in prison.

To her astonishment, the widow of the man she killed pleads for her early release. She is so moved by this, Nami begins to work as a hostess in a club (brothel) and offers much of her earnings to the widow, who is too ill to work.

Along the way, she begins to build a life within the club, befriending the owner / madam.  When the Yakuza decides to call in their debt, the madam has no choice but to accept their demands.  Nami must step in to save the madam.

What is so great about this film is the patient timing and eventual payoff.  While I expected a typical rundown of horrible things done, then retribution handed out liberally.  Instead, what is special about this film is the measured tone that Yamaguchi has.  The film is completely under his control, each moment being carefully put together to build a case for Nami.  At the same time, I love that the climactic scene near the end of the film takes place at a billiards table.  This scene is so great.  Yamaguchi's editing provides a great tension and gravity.

The pacing may seem a bit slow for a film like this, but Yamaguchi sets it all up perfectly.  It almost has that same vibe as Unforgiven.  Though the final moments are drenched in blood, until that point, Nami's fate seems entirely up to others.  But, when she does finally take matters into her own hands you can tell there is absolutely no way she will accept defeat. 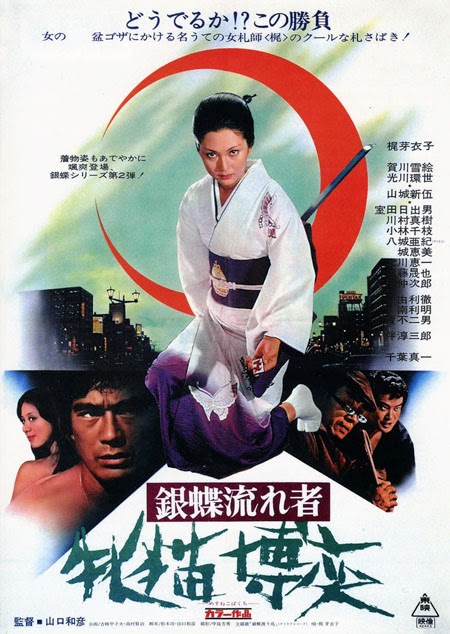 Part two begins in a van.  You know that's always a bad sign.  I mean, really.  Outside of that cool van that your uncle tooled around in when you were young, have you ever seen good things happen in vans?

The van is full of ladies in the back.  Said ladies are being transported to Yakuza HQ for assignment to a wretched life of prostitution.  The woman sitting in the passenger seat (Miyoko) wants none of that, so first chance she gets, she puts a foot into the driver's noggin and makes a run for it.  Unlucky for her, she's kind of slow and runs funny.  Lucky for her, Nami stands atop a bridge watching the water go by when this scene happens upon her.

Nami hands these three men their asses and takes Miyoko into her custody, thus starting her troubles with the Yakuza in part two.

The tone and pacing of part two is a bit different.  Where part one is moody and has a bit of a plodding pace, part two is brighter, funnier and moves along more briskly.  It's also got Sonny Chiba, which pretty much means its awesome no matter what.

Nami has become a professional gambler, and is damn good at it.  She works her way into the Ginza gambling scene, making friends with Ryuji (Chiba) as she goes.  When the Yakuza starts getting greedy and demanding control, they mess with the wrong duo.

The Release
Synapse is a company that seems to know exactly what they want and they do it right.  The transfers on these films look gorgeous.  Colors are bright and the prints are cleaned up beautifully.  They also have great artwork, with reversible cover art being the original posters for the series (shown above).  Interviews with the filmmaker and trailers, etc...  You can't go wrong with these.  And, who else would have put them out?