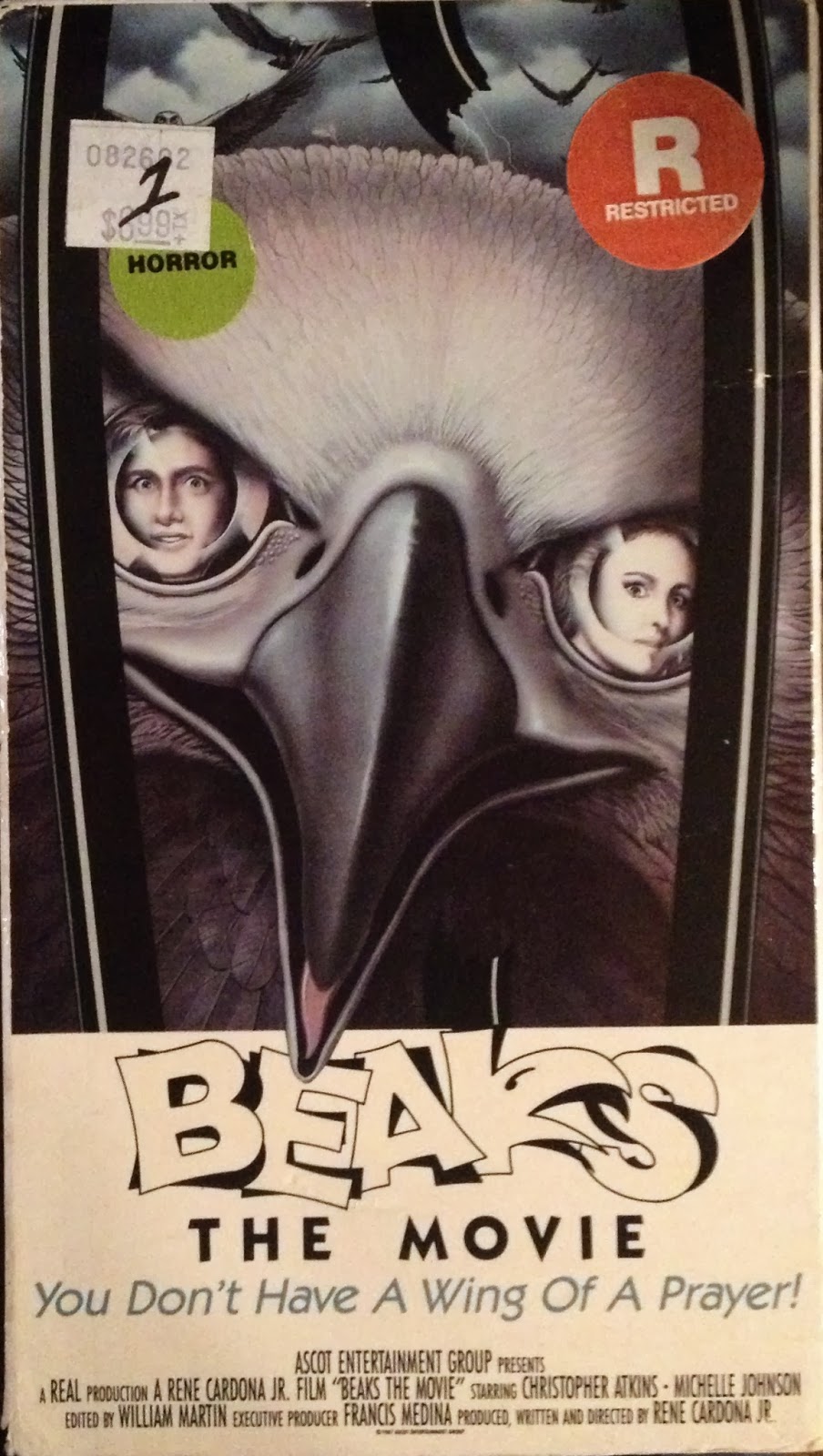 In Beaks: The Movie, Pigeons hate families that congregate and take pictures in the park.  Owls hate guys that stand on their balcony.  Seagulls hate people that fly planes.  Wild ducks hate priests.

Why would birds attack people?  Why would they kill babies, stab dudes in the eye, and destroy planes?  Hate, perhaps?

I often think slow-motion is a horrible mistake in film-making.  However, in the hands of Cardona, Jr. it is perhaps the most beautiful thing I've ever seen.  When pigeons passively fly around a park, and a family runs in the middle of them, slow motion makes it XTREME!  When eye-patch shoots an owl out of the air, it very slowly EXPLODES!  When a bird knocks on the door in super slow-mo, it fools the simple farmer, and then the attack is SUPER XTREME!  When a bikini-clad girl runs on the beach in slo-mo, and is attacked by sea-gulls, the zoom to her boyfriend's eyes is CRAZY XTREME SLO-MO!

In the 1980s, there were very few productions that came out of Mexico.  Especially horror films.  BEAKS: THE MOVIE is a rarity then.  Hecho en Mexico Avian Horror.

Do you know whats not scary?  Birds.  They aren't scary.  Ever.  They just fly around with their talons and wings and make nests.  They have weird instincts that make them migrate and they tend to be super friendly to people.  I don't understand why these people don't just offer bread?  Stop at a Subway, pick up a footlong on white and you're set.

But, the birds in BEAKS don't want bread.  They want blood.  A footlong Tuna on Honey Oat just won't do.

Perhaps my favorite thing about this movie are the scenes when people are trapped in a room with a lot of birds and the way that the birds move make it clear that people are actually throwing the birds at the actors.  I love that crap.

Also, be on the lookout for that hang-glider scene with the most slammin' music ever.


The Goods:
The VHS is bomb.  There is a terrifying bird face with human prey in its' eyes and a tagline that says "You Don't Have a Wing of a Prayer!"  What does that mean?