I saw some movies in 2013.  494 to be exact.  (some repeats in there.  For instance, I watched Drive Angry twice, you know, because of the complexity...) Only a few handfuls of those came out in 2013, however.  This is a list of ones that I enjoyed.  It's not necessarily a "top ten" as I didn't see everything that came out.  I used to make it a point to get to everything, but I just don't care anymore.  I ended up seeing way too much stuff that really wasn't worth the time.  Also, I don't think anyone really cares about rankings.  This is a site where we share films that we enjoyed and think are worth sharing.  But, anyway, here are some movies I recommend in no specific order. 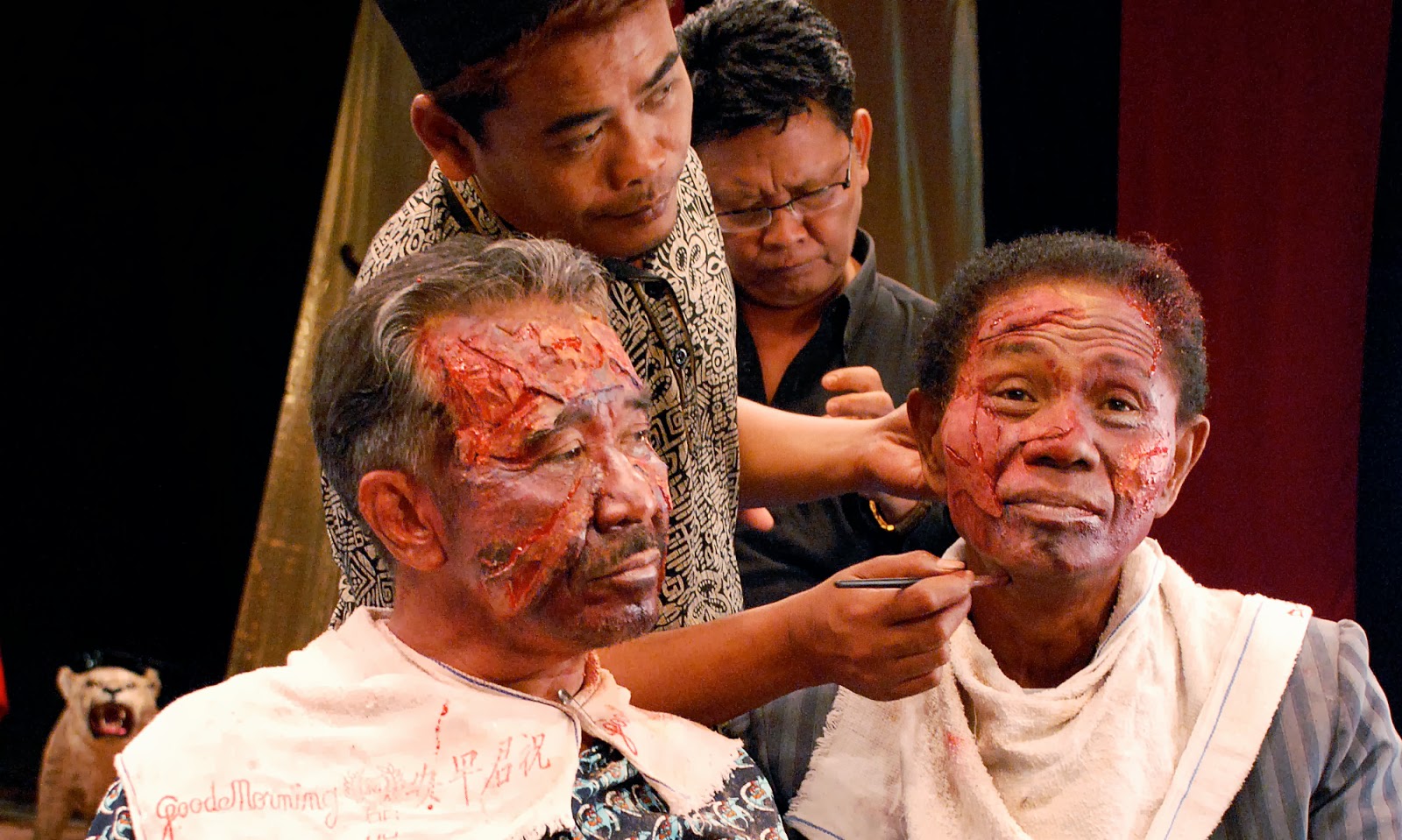 THE ACT OF KILLING
Directed by Joshua Oppenheimer
No other film this year had as overwhelming and impact as Joshua Oppenheimer's documentary on the mass killings in Indonesia.  An absolutely astonishing film that has haunted me since I saw it.  If you're interested in a more in-depth look, you can read an essay I wrote with my brother for The Cresset here:
http://thecresset.org/2013/Michaelmas/Moret_M2013.html#.UmWcuN8bP1U.email 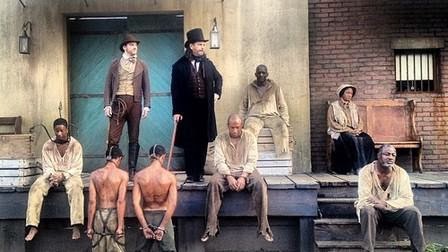 12 YEARS A SLAVE
Directed by Steve McQueen
Steve McQueen is a fantastic director, and I find myself absolutely in awe of his filmmaking.  Similar to Terrence Malick's films, they are beautiful and sad and inspiring.  Though 12 Years is not my favorite of his work, it is an absolutely astounding film, and should be required viewing. 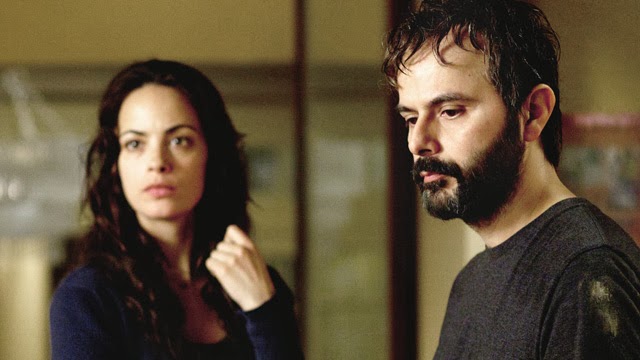 THE PAST
Directed by Asghar Farhadi
Asghar Farhadi is a rare director that can juggle drama and character with such subtlety that it feels neither forced nor contrived.  He has a gentle hand that reminds me of great Japanese directors like Ozu and Koreeda.  A Seperation and Fireworks Wednesday still stand as some of the most moving experiences I've had in a cinema.  The Past is on par with the rest of his work, as it meditates on how our actions have dire consequences, and there is deep responsibility to be generous, present and honest.

HER
Directed by Spike Jonze
I love the work that Jonze did with Charlie Kauffman, but I feel that the work they have done separately has allowed them room to be even more strange and unique.  What Jonze has done with HER is simply remarkable.  He made me believe that not only could a man truly fall in love with his operating system, but that our sense of love is not tied to "personhood."  There are so many beautiful questions and touching moments, it's hard to relate what exactly this film meant to me, but I'm sure it will continue to change over the years, as new things connect.
NEBRASKA
Directed by Alexander Payne
With The Descendants, Alexander Payne moved from mean-spirited hilarity to deal with the complexity of grief and deceit.  Nebraska continues some of those same themes and develops them in the midwest, perfectly capturing my grandfather.

THE WORLD'S END
Directed by Edgar Wright
Edgar Wright's Cornetto Trilogy (Shaun of the Dead, Hot Fuzz) has brought me great joy over the years.  His last, and final of the trilogy, brings it all together.  I also hate it, because it means we won't get another one of these...
BLUE IS THE WARMEST COLOR
Directed by Abdellatif Keciche
At three hours, it's tough to do anything that doesn't feel bloated, boring or confused (Peter Jackson, I'm glancing in your direction).  Blue manages to avoid all those pitfalls.  The lead, Adele Exarchopoulos, is perfect.  I would say that nearly seventy-five percent of the film features her face, and she never breaks.  Everything is reliant on her performance, and she's brilliant.
MUD
Directed by Jeff Nichols
McConaughey.  A sweetly told story of youth and innocence.  The Mississippi River.  This is my new Sandlot.
THE GREAT BEAUTY
Directed by Paolo Sorrentino
Rome is a gorgeous city that tends to be photographed poorly.  Not so in Sorrentino's epic piece about art, distraction and happiness.  It's a fantastic piece that delivers so much depth, I felt as though each scene could become the focus of an essay.  As a whole it is both overwhelming and insightful, but I'm gonna have to watch it a few more times to really get what it's about...
V/H/S 2
Directed by Gareth Evans and Timo Tjahjanto & more
I'm not a fan of POV style filmmaking.  In fact, for the most part, I hate it.  I think it's a cheap and shoddy way to tell a story.  You're constantly hearing someone say, "keep filming" or "are you getting this?"  It loses all sense of reality.  Also, I tend to only enjoy films that look bad if they are a testament to their time and / or limitations.  For instance, Shot-On-Video films from the 1980s look like VHS, which feels perfect, because that was the cheap form of making films at the time...  Something like Paranormal Activity 3 has no right looking that bad.
And, I hated V/H/S.
That all being said, the last two segments of this movie are incredible. Indonesian filmmakers Gareth Evans and Timo Tjahjanto are a revelation.  This is one of the most intense and well thought out horror films I've seen in a long time.
PRINCE AVALANCHE
Directed by David Gordon Greene
David Gordon Greene started with one of the strongest debut films I've ever seen, George Washington.  It's a beautiful film about childhood in the South.  He followed it up with Snow Angels and Pineapple Express and then... who cares.  They were bad.  With Prince Avalanche he comes back to form, and I found the scene that Paul Rudd has with the women in the burnt down house as one of the most moving of the year.
LEVIATHAN
Directed by Lucian Castaing-Taylor & Verena Paravel
Put together by the Sensory Ethnography Lab at Harvard, it is a theatrical experience like I have never had.  Largely made up of dark skies, raging waters and blood, this is the monster movie I wish Pacific Rim would have been.  Filmed entirely on a fishing vessel, the violence of nature combined with the violence we commit against nature, feels like being strapped to the side of Godzilla.  Not sure if this one can be enjoyed in the same way at home, unless you have a crazy home theater setup...

PAIN & GAIN
Directed by Michael Bay
There were a number of films that tried to approach the idea of the ever-more unattainable "American Dream" this year by showing people stealing it.  Bling Ring, Springbreakers, etc...  The most surprising and most insightful, for me, was Pain & Gain.  Like most Michael "Explosions" Bay films, its' juvenile and offensive.  However, the themes shine through absolutely untainted by insincere hipster douchebaggery.
TO THE WONDER
Directed by Terrence Malick
Haters gonna hate.  And haters big-time hate on Malick, mostly because they don't have the patience for him, or because they are so jaded they don't believe there can be real beauty, love and goodness.  Malick drips with sincerity.  As a student of the existentialists, he constantly wrestles with giant problems and leaves thousands of questions.  With "Wonder" he goes small, simply tackling the disintegration of love, the responsibility of adulthood, and the slippery nature of memory.  In some ways, it feels "small" but I was touched.  So, go ahead and hate, because I love it.
BEHIND THE CANDELABRA
Directed by Steven Soderbergh
Not sure what's wrong with Hollywood, but this was just made for HBO.  really?  Soderbergh's last film doesn't get a theatrical release?  Despicable.
Anyway, this is a remarkable film about Liberace and love that performers have for themselves.  Great vanity tends to go hand in hand with self-destruction, and Soderbergh uses Liberace's relationship with his limo driver as a tool to show this.  Fantastic performances and one of the most fascinating stories of the last century made this one that I continue to ponder.  So long Soderbergh, I'm sad to see you go.
THE CONJURING
Directed by James Wan
I can't say I'm a huge fan of Wan's work.  The Saw Franchise is a bit annoying to me, and I thought Insidious was just so-so...  But, I absolutely loved The Conjuring.  It felt like 1970s horror filmmaking without being all nostalgic.  It also scared me, which rarely happens. 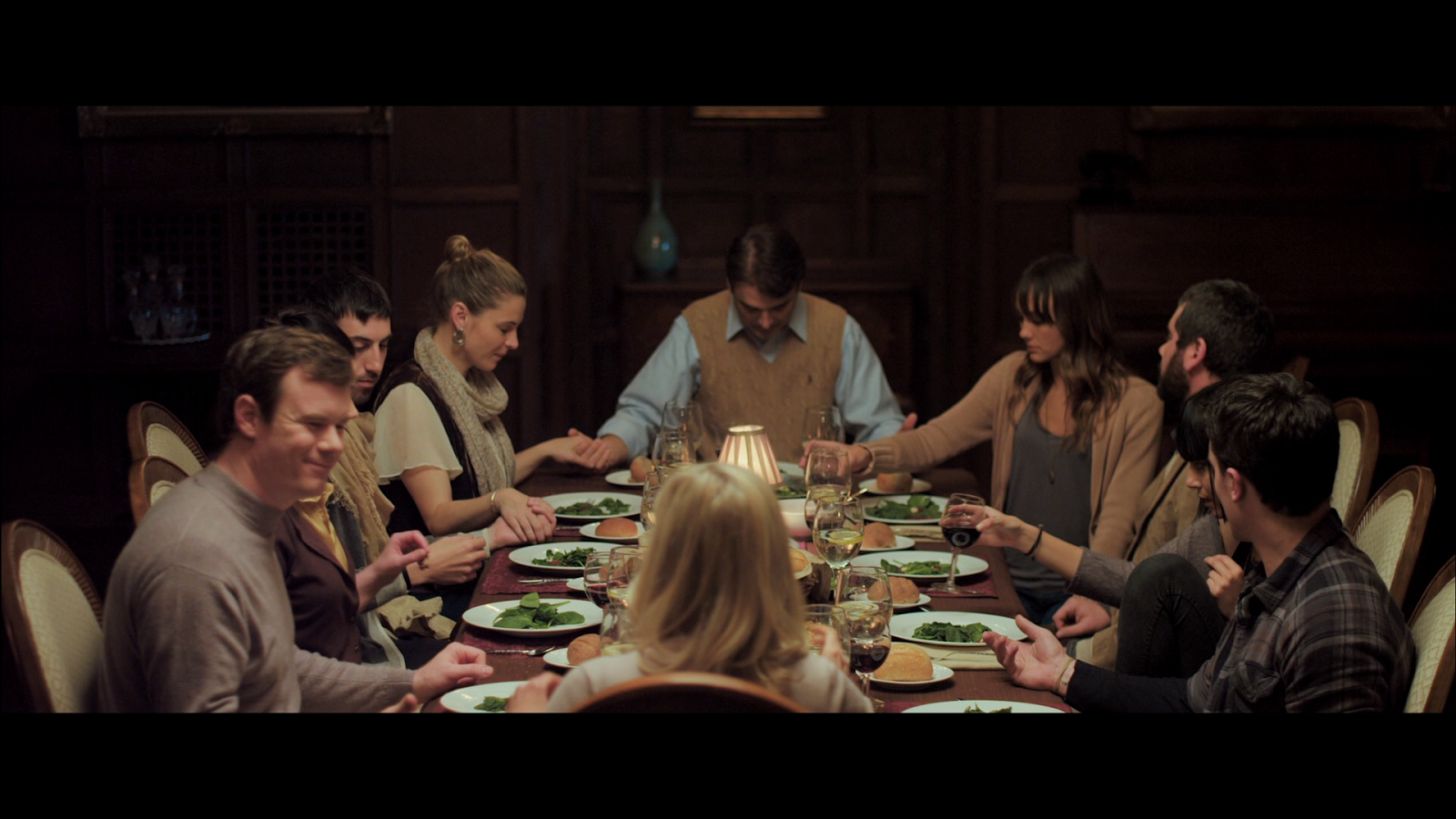 You're Next
Directed by Adam Wingard
You're Next is an unexpected one for me.  Most of the horror films that come out now are incredibly frustrating to watch.  They seem to miss the artistry that makes movies fun.  This year was a good year for horror films.  They seem to be going in the right direction and Wingard is a great leader for it.  He was also the director of the last piece of V/H/S 2.  He is a refreshing horror filmmaker.  His films look good.  The plot isn't entirely predictable.  He's not remaking Texas Chainsaw Massacre for the twelfth time.  Likewise, the lead actress in this is from Step Up 3, and she is badass in both, so its' bomb.

I'm guessing there are things I missed that I'll love and wish I put on this list, but I haven't seen them yet, so here is what I got.