My VCR made a funky sound, then smoke came out and I couldn't fix the tracking...  So, I went to purchase a VCR at Goodwill.

When I plugged it in, I found a mysterious tape labeled BAOTIEN inside the purchased VCR. 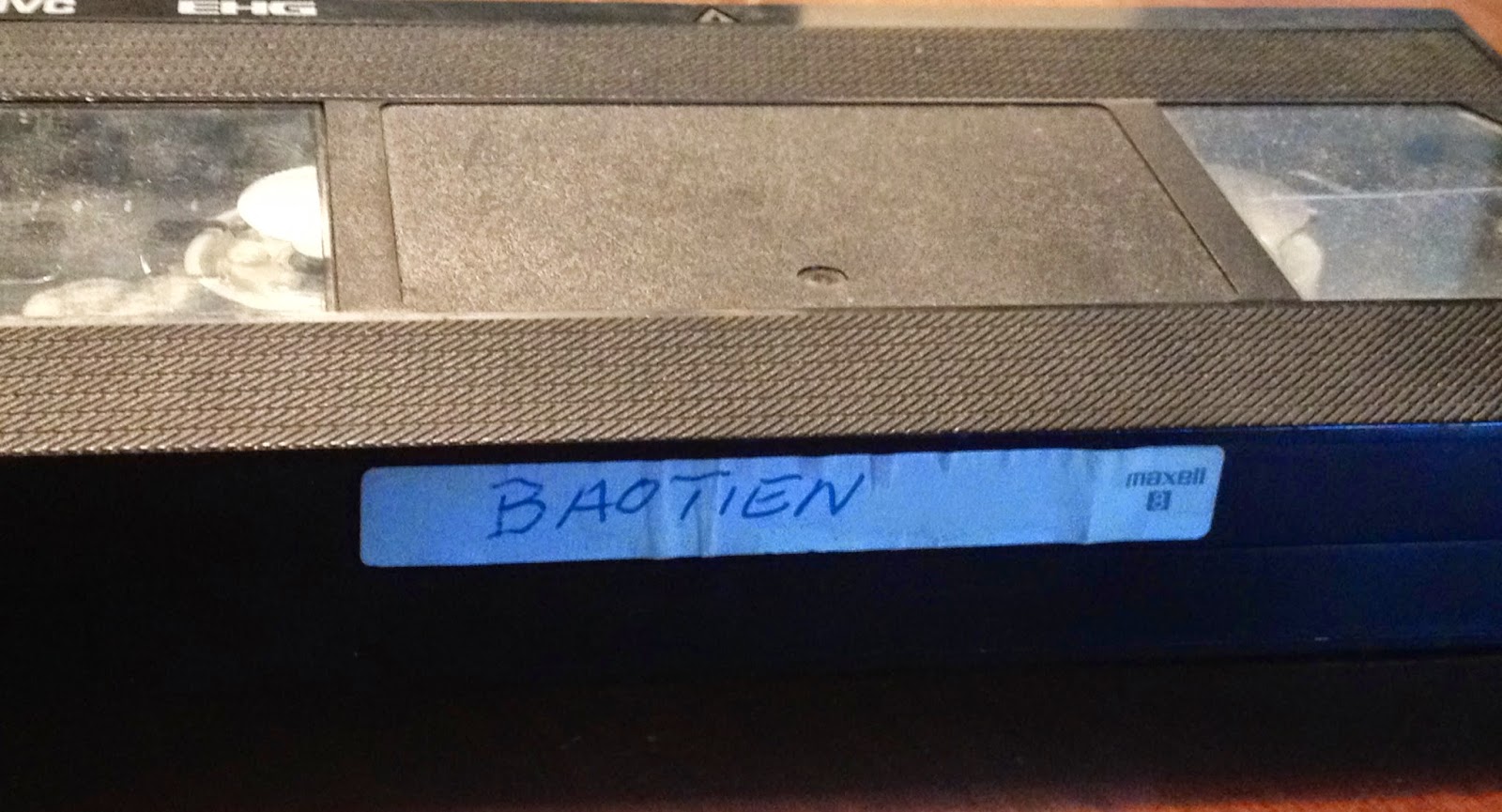 It begins with a bit of an Asian soap opera of some kind.

Then, it cuts in with an adorable baby that sings (yells) karaoke for about five mins, with the echo on.  After about two minutes of black darkness, the baby returns and screams into the echo chamber as her (presumably) mother sings a beautiful song to karaoke.


Of course, this was not intended for someone outside the family to view, so there was a moment of hesitation.  Is this invading their privacy?  Are these private moments off limits?  I can't say for sure whether they would be offended, but I was pretty entranced by the whole thing.  I kept watching, knowing that I would most likely never meet these people.  I would never know their futures, never have any sense of what they hoped to do.  As you watch another family's home video, so many questions that will never have any answers arise.

I'll never know their names.  But, I certainly got a sense of their lives.


When you watch a lot of films, you begin to see that everything thats on screen is a choice.  Its amazing to see how Dad here chose to focus solely on Baby.  There is no adult life he's concerned with.  He simply sets his gaze on her and never turns away.  By the choice of music and the editing of shots, it's clear that he spent time wanting it to be something watchable.  And, I must say, it was fascinating for what it was.

When it cuts, baby is watching Charlotte's Web in English.  The label on the bottom reads APR. 6 1997.  She wears a floral dress of some sort, and "Dad" follows her every move.  She pounds crackers by the handful as Templeton goes around the carnival singing "Smorgasbord"

A large selection of DVDs and VHS tapes line the sides of the television.  Wood paneling and orange carpeting.  "Dad" chomps on chips and zooms way in on baby.  the room is full of open boxes, as if they just moved in.

Baby is now wearing red pajamas, and beautiful unknown asian music plays over top.  Dad zooms in on certain objects in the room, but never for long.  Baby is on the move, and she always gets full attention.  At times she pulls up the camera and yanks on it, pleading with Dad to give it to her. 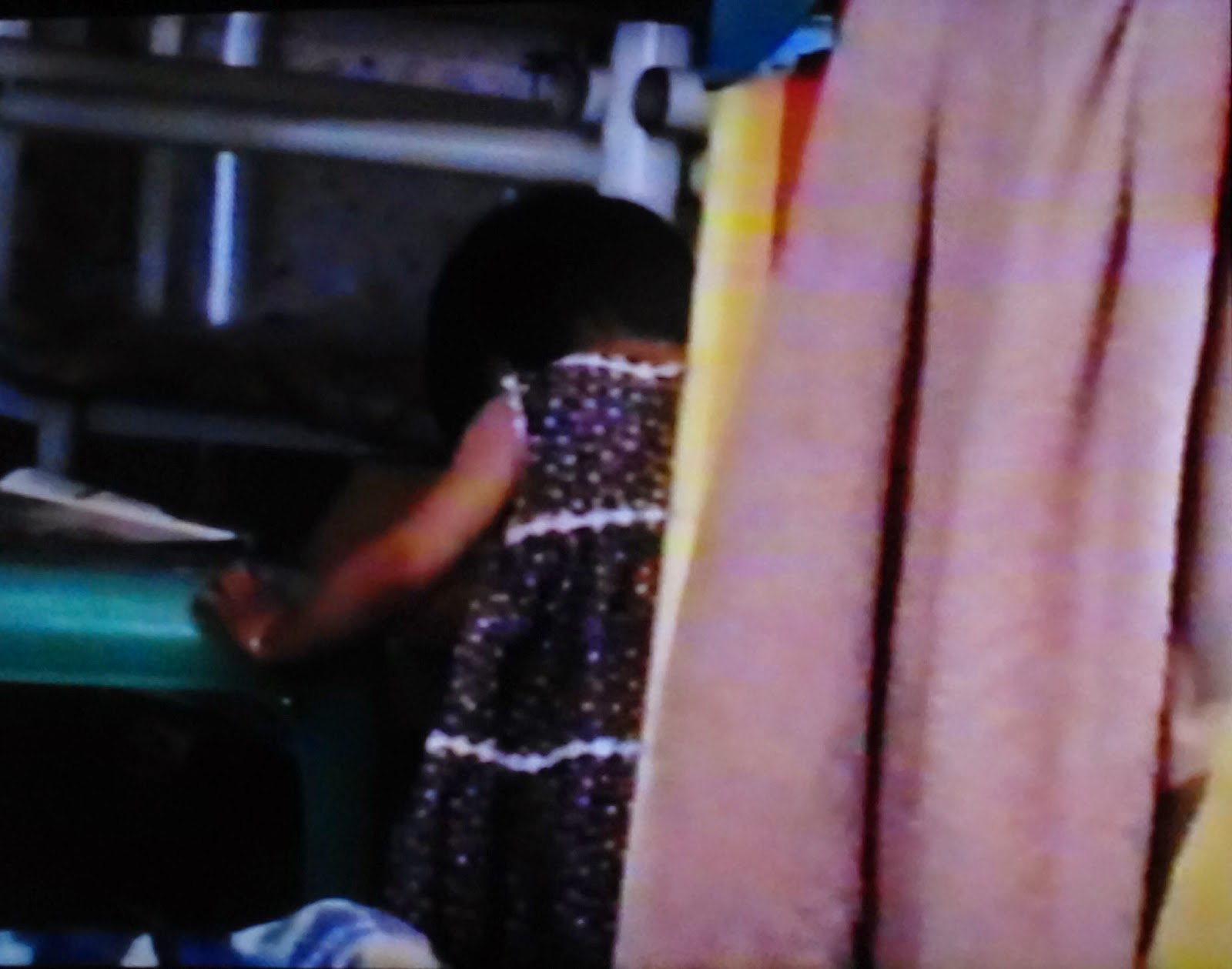 Baby is a bit weepy today.  Lots of crying and running.  Watching her grow in this monthly increment is fascinating.  She interacts differently with her dad and the camera.  She is fascinated with her fingers, pushes them into things and stares at them.  The beautiful music plays throughout.  I'm beginning to think that Dad put it in after the fact, and very specifically chose each scene to fit that scene.  Here, it is very beautiful and melancholy and seems to perfectly fit a scene where baby spins in circles over and over, finally spinning herself into uncontrollable staggering and she falls into the TV, immediately beginning to reach out to Dad to hold her as she cries.

He begins to change light meter and white balance on the camera s baby plays with the blinds, creating flares and white-outs.

This date is specifically fascinating, because there is more experimentation on all of it.  Baby is constantly exploring and Dad seems content to be a silent observer, catching all of it.  But, he does so more as background now and less as a participant. 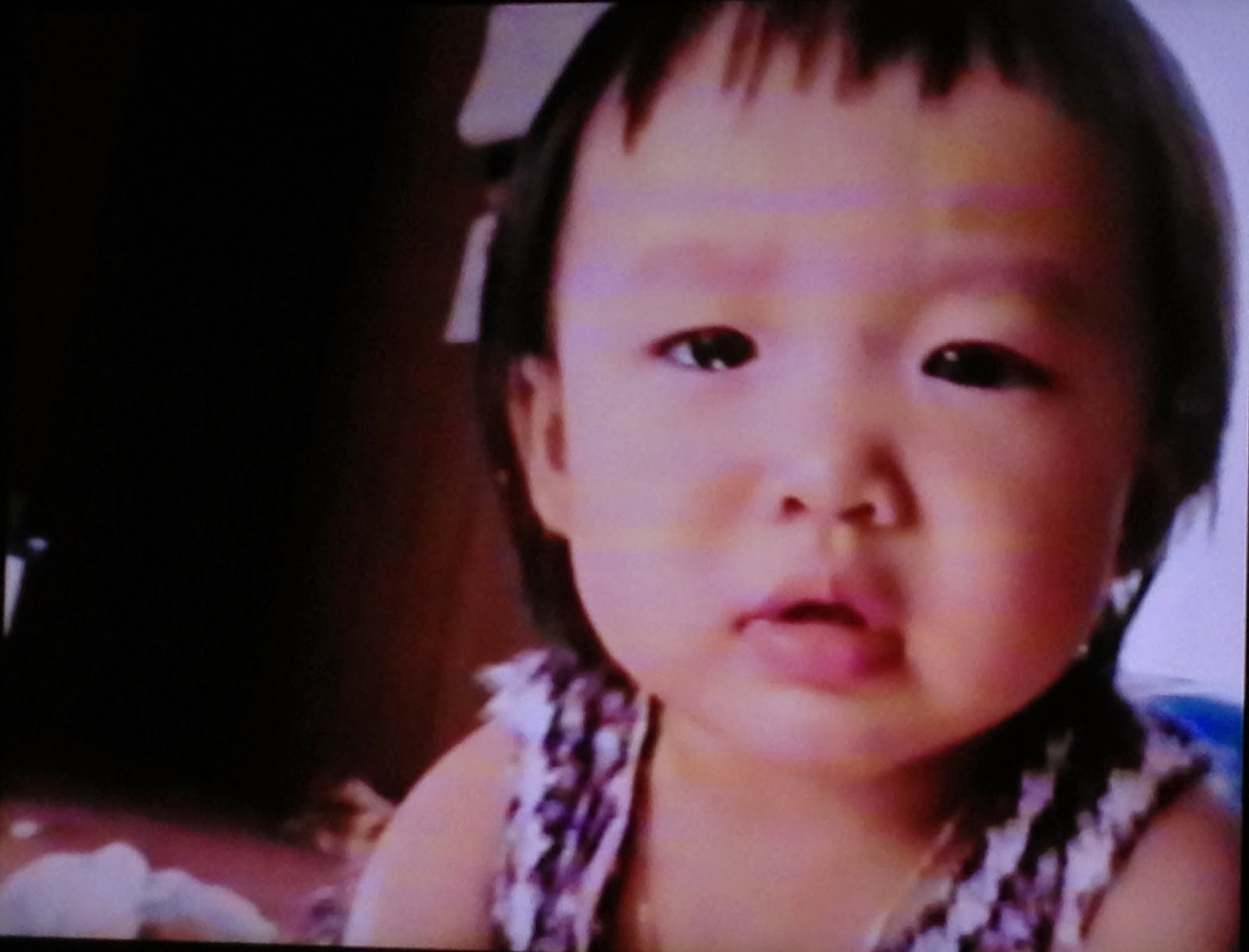 Baby has a playmate today, and its fascinating to watch her interact.  She is gentle and generous.  She offers her bottle to the little boy and picks it up when he drops it.

The soundtrack for today is Independence Day on TV in the backgound.  Baby wears light blue sunglasses with Winnie the Pooh on them and she slowly leafs through empty post-it notes.

The music that he picks for this is an Asian cover of "Song for Woody."  I found myself silently singing along, "One thousand miles from my home" and thinking about how mixed their emotions were.  Here they are with their beautiful little girl, but in a strange land.  When it cuts, it shows tons of traffic going out of town for the Fourth of July.

Finally, it cuts to a soap opera of some kind.  I didn't make it far into that...

To the unnamed family, I wish you the best.  If, somehow, you read this and would like your tape back, please contact us at allstarvideoblog@gmail.com and we'd be happy to get it to you.