I have a really bad habit of letting my curiosity get the best of me. Usually I find that when this happens, what I get myself into is much different than what I expected.

Nekromantic is one of those films that a certain sub-set of horror fans really like. They wear pins, patches, and talk it up to everyone that will listen. It's relative scarcity adds to it's mystique. One day at the dirty flea market 20 miles up the road, I saw the recent Blu-Ray release of the film for sale. I thought, "It's called Nekromantic. . . and that's pretty dumb. . . but all those dudes at horror conventions love this movie, maybe there's more to it that sex with a a corpse."

I was right, and I was wrong.

Basically the film follows a dude named Rob. He picks up stiffs for a living. We see him pick up a dismembered corpse from a traffic accident and get to witness some no budget gore effects. We pretty much see his job is horrible and so is his home life. His girlfriend Betty is bored with him, his coworkers think he's a creep. His life is pretty terrible. Because he totally is a creep.

The feeling of rejection and lifelessness is one many people can relate to. And then the movie goes off the deep end.

Rob thinks his relationship is getting better. Then after being fired from his terrible job he comes home to find Betty has left him, and taken the corpse. Rob becomes suicidal, going berserk on people (and cats) and sexing their bodies. In the end we pretty much learn that life's a bitch and then you stab yourself in the belly while pleasuring yourself.

Nekromantic is horrible in every way. It comes across more so as an extremely dark comedy than horror film. Mostly do to it's shoddy construction. I was shocked that I was laughing more than cringing while watching the film. The film is more about how Rob descends into madness, driven by emotional and sexual rejection, all by his own doing. He just wasn't good enough.

This is was a zero budget film. The blood and guts are real (from slaughtered animals). The acting is terrible, it's shot on 8mm and it looks like smeared poop. It sucks bigtime.

It's much more interesting than I thought it would be, but at the same time, it was terrible and I will never view it again. That being said, I am glad that my curiosity was satisfied. I can take it of my list of terrible movies that I haven't seen.

The Blu-Ray is totally stuffed with features. . . which is great, if you like the movie. I didn't really, so I didn't bother. As for picture quality, 8mm can only look so good. This Blu-Ray is likely the best it's gonna get. 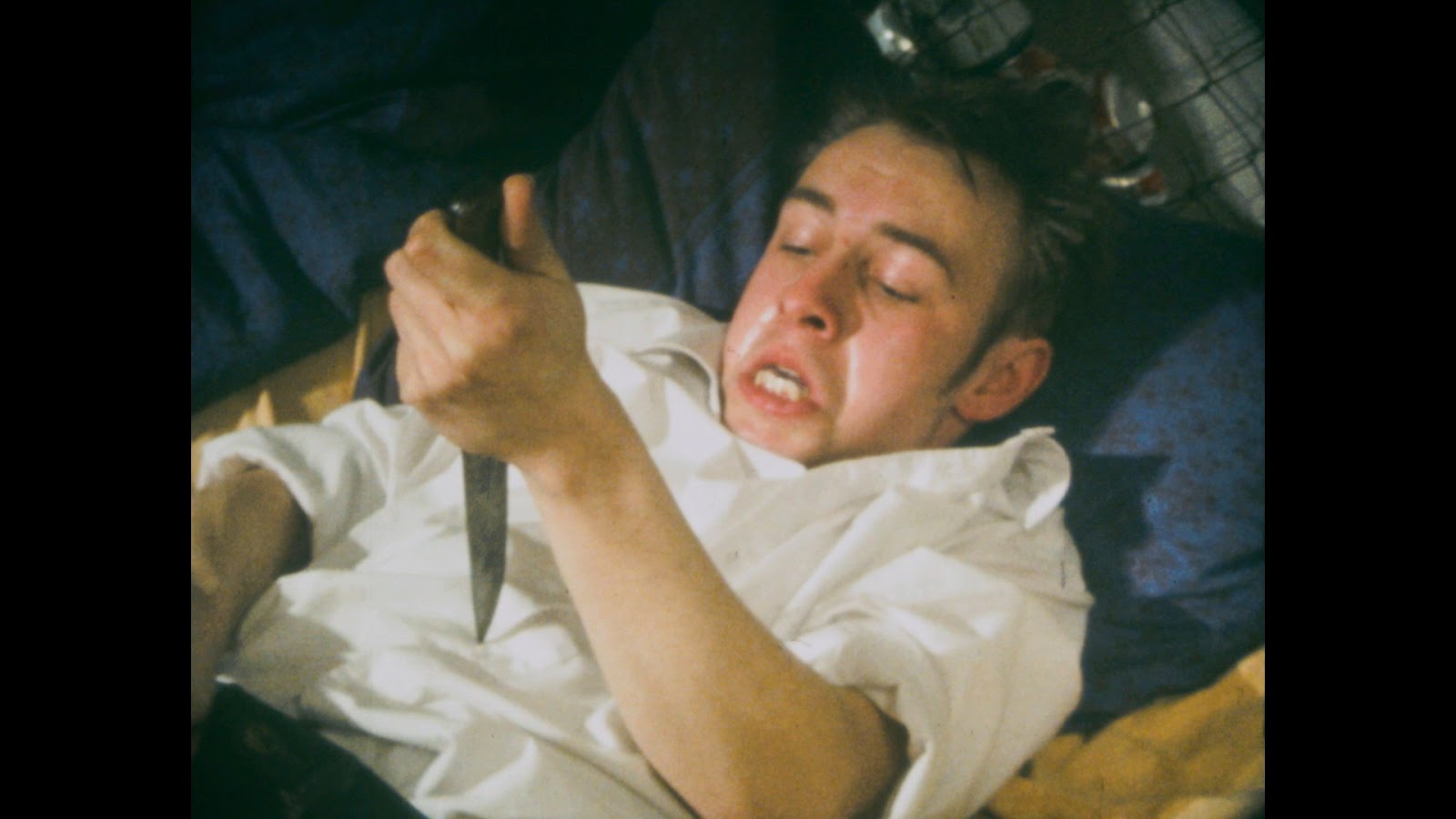 Truly, this film is almost completely harmless and shouldn't be seen as a dangerous piece of media, as it often is. Sure, it is pretty twisted, but it does have some (if only a shred) of merit. . . and all of the people who are into this movie probably like it because a woman simulates a sex act with a fake corpse. . .